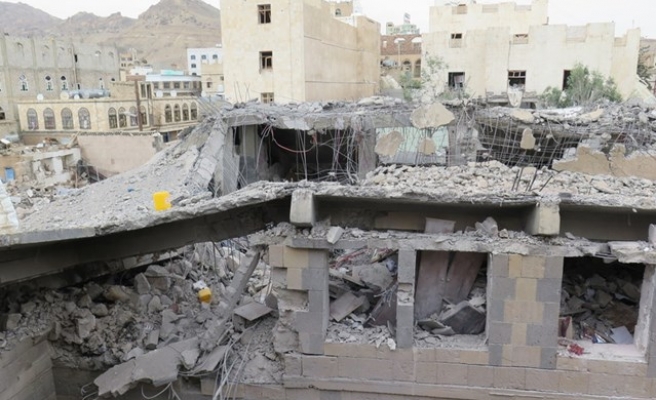 Amnesty International released a report, which tries to demonstrate what price do Yemeni civilians pay under Saudi-led airstrikes and a failure to abide by the requirements of international humanitarian law. For this purpose Amnesty International investigated eight airstrikes in different parts of the country, including multiple strikes in the capital, Sana’a, on 12 and 13 June and in Tai’z on 16 June. In total, the eight incidents killed 54 civilians (27 children, 16 women and 11 men) including a one-day-old infant, and injured 55, (19 children, 19 women and 17 men).

"International humanitarian law is clear that belligerents must take all possible steps to prevent or minimize civilian casualties. But the cases we have analysed point to a pattern of attacks destroying civilian homes and resulting in scores of civilian deaths and injuries. There is no indication that the Saudi Arabia-led military coalition has done anything to prevent and redress such violations," said Donatella Rovera, Senior Crisis Response Advisor at Amnesty International.

In each case of the eight dozens of people, including children, were killed. Despite Saudi Arabia-led coalition's denial of their responsibility, Amnesty International finds connection with Saudi-led strikes, since civilians are being killed by and the coalition widely uses the same 2,000 lb (900 kg) bombs.

Report also says that eyewitness testimonies from the aftermath of these and other strikes provide yet more damning evidence that coalition forces are failing to take necessary precautions to minimize civilian deaths and injuries when they target military installations in areas controlled by the Huthi rebels and forces loyal to the former President.

The Amnesty International research has found no tracks of precautions taken by the coalition during their airstrikes. In one of strikes coalition forces claimed to aim for weapon store, but according to the investigation there is no evidence of that fact.

"Even if the intended target had in fact been an arms cache this would not justify such a deadly attack on homes full of civilians without prior warning. Those planning the airstrike must have known it was likely to result in high civilian casualties and failed to take the necessary steps under international humanitarian law," said Donatella Rovera.

Since the beginning of the Saudi Arabian-led military intervention on 25 March 2015, Amnesty International has investigated 17 separate airstrikes in five areas of Yemen. These incidents killed at least 223 people, including at least 197 civilians (32 women, 68 children) and injured 419, including at least 259 civilians.

According to recent UN data, there have been more than 1,400 civilian deaths and 3,400 civilian injuries in three months of the armed conflict.