Anger in Egypt over red carpet for Sisi's convoy 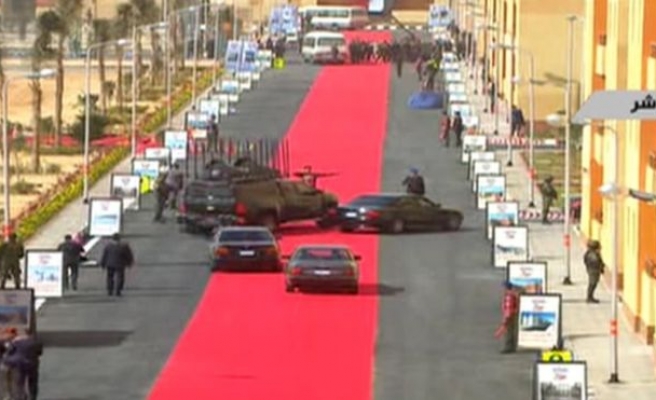 Egyptian President Abdul Fattah al-Sisi has come under fire after a massive red carpet was laid over public roads for his motorcade during a trip to open a social housing project in a Cairo suburb on Saturday.

Several commentators questioned the apparent extravagance, just as the president was making a speech about the need to cut government subsidies.

Prominent anchor Yousef Husseini from the private ON TV asked, "How could you reach such a level of hypocrisy by rolling out red carpets on the streets for the president's motorcade? Could we not have spent the money on buying duvets for people freezing in the cold?

"It would've been better to provide the needy with blankets to protect them from the winter rather than spending on hundreds of metres of carpets that, in any case, won't be walked on by the president."

However, the deputy head of the military's moral affairs department, Brig Ihab al-Qahwaji, stressed that the carpet was only made of light cloth and had been used for more than three years.

"The carpet is not expensive, and it was used before and will be used in other coming ceremonies," he told CBC TV on Sunday.

"We want to give the impression that Egypt is moving in the right direction, and we want to present a bit of joy to our people," he added.