Turkey has become involved in order to bring about an understanding between the Al Nusra Front and Kurdish groups so that ongoing conflicts in Ras Al-Ayn in Syria will cease. 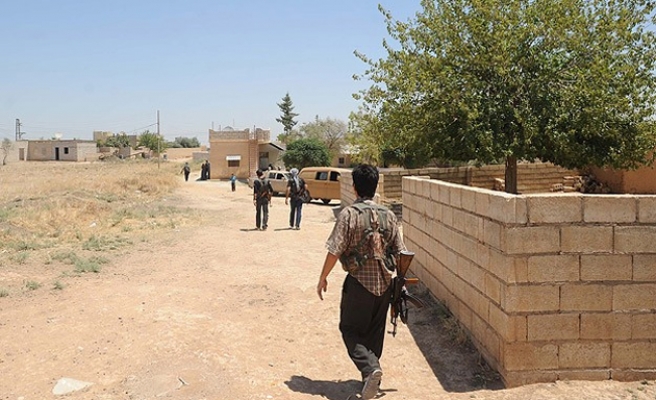 Turkey has started negotiations regarding the clashes in the Kurdish region of northern Syria between PYD forces and the Al Nusra front in pursuit of a cease-fire.

According to Muzaffer Duru’s report in Taraf, the Syrian Opposition Forces National Coalition, headed by Kurdish-descended Abdul Basit Sayda, has intervened to end the conflict between the PYD and Al Nusra. The PYD and Al Nusra forces have been fighting for 14 days in Ras Al-Ayn in northern Syria.

The Commission has started negotiations with the National Kurdish Council for peace talks between the PYD and Al Nusra.

Free Syrian Army (FSA) commander General Selim Idris, who spoke with Taraf regarding the conflicts between Al Nusra and the PYD, said, "We do not want any more blood to flow. Our only goal currently is the toppling of Bashar al-Assad's regime. Afterwards everyone will get their democratic rights."

An Al Nusra regional commander said regarding the subject, “While we were engaged in fighting against the regime, the PYD used the opportunity to capture Ras Al-Ayn where we have lived together...We are not attacking Ras Al-Ayn. We just want to get it back.”

According to local sources, the clashes have continued between the PYD and Al Nusra is because both sides are receiving support, otherwise the conflict would not have lasted this long.

It has been gathered that political Kurdish and Arab leaders are have been mediating between the two sides, with no results as of yet.

While the opposition has urged both sides to return to their prior positions, the PYD has not adopted this approach.

Due to meeting held by Kurdish-descended Abdul Basit Sayda, Abdul Ehed Siteyfo and commission members with the National Kurdish Council in order to prevent the growth of conflict, there have been no clashes since last night.

Meanwhile, head of the Sharia Court Abu Usama explained the following regarding the announcement made from a mosque. His statement said, "The Kurds in Abyad'lı Tel are our brothers. We do not know who made the announcement from a mosque. Peace is necessary for all of us. The Kurds who left their homes should return. Incidents of theft at Kurdish homes should be reported to us immediately. Statements harmful to Kurds should be disregarded.”