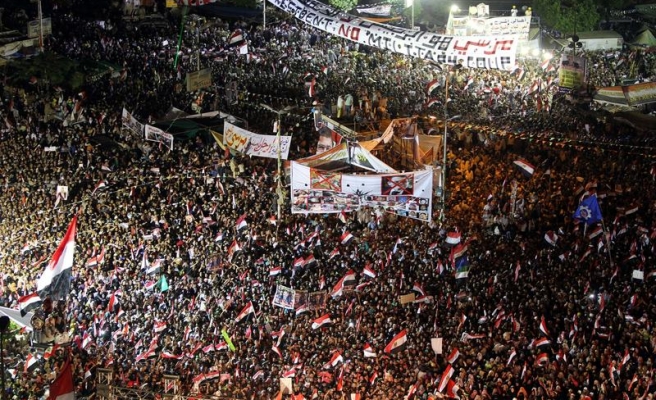 Supporters of ousted president Mohammad Morsi have called a mass rally outside the Republican Guards headquarters in Cairo on Monday.

"Our date will be Monday and a bigger rally in all Egypt's squares against the military coup," Muslim Brotherhood leader Essam Erian wrote on his Facebook page.

Morsi's supporters are camping around the clock in Rab'a Al-Adaweya Square in eastern Cairo in their thousands to demand his return to power.

Morsi, Egypt's first democratically elected president, was removed from power on July 3, under an army roadmap for Egypt's future after massive protests against his regime.

Hundreds of loyalists have announced a sit-in outside the Republican Guards headquarters, where they believe Morsi is being held.

More than 50 pro-Morsi supporters were killed Monday outside the Republican Guards headquarters.

While the Muslim Brotherhood accused security forces of attacking the protestors, the army said a “terrorist” group had tried to storm the compound.

Mursi's party has rejected all political process since then.