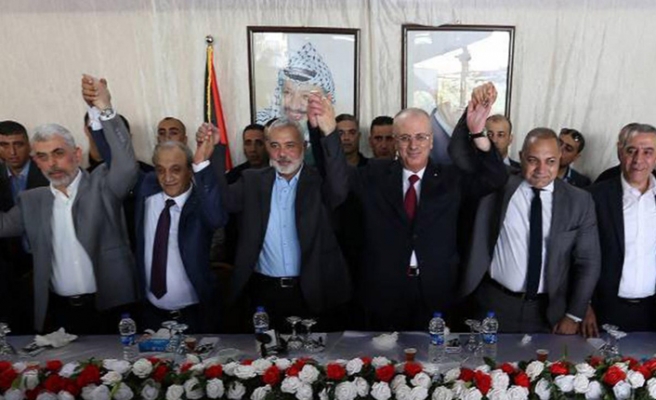 Hamas on Friday said the Al-Aqsa Intifada, which lasted from 2000 to 2005, had revealed the "futility" of pursuing peace talks with Israel.

In September 2000, a visit to Jerusalem’s Al-Aqsa Mosque compound by controversial Israeli politician Ariel Sharon sparked what later became known as the "Al-Aqsa Intifada", a popular uprising in which more than 4,000 Palestinians were killed.

“The Al-Aqsa Intifada revealed the futility of peace negotiations, as the occupation only understands the language of force and resistance,” the statement read.

Hamas also stressed its rejection of the so-called “Deal of the Century”, a backchannel U.S. Mideast peace plan.

“Hamas reiterates its rejection of the ‘Deal of the Century’ or any regional peace plan that impinges on the rights -- legal or national -- of the Palestinian people,” the statement read.

For the last several months, top officials from the U.S. administration have been speaking to leaders in the region with a view to hammering out a landmark Middle East peace deal.

Although details remain vague, it is believed that the plan includes several clauses favoring Israel, such as leaving East Jerusalem -- and most Jewish-only West Bank settlements -- in Israel’s hands.

“The Palestinian people do not recognize Trump’s decision [to relocate the U.S. embassy from Tel Aviv to Jerusalem] and totally reject any change to Jerusalem’s historical or legal status,” the statement read.

“The PA must stop protecting the occupation and side with the Palestinian people, who prefer freedom, dignity and resistance,” the movement asserted.