The two-day Arab summit meeting will kick off in Kuwait on March 25. Qatar's top diplomat a no-show at Arab FMs meeting afterSaudi Arabia, the United Arab Emirates and Bahrain recalled their ambassadors from Doha 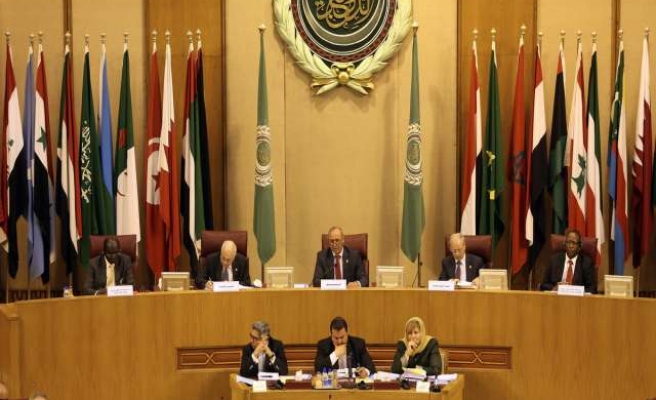 The two-day Arab summit meeting will kick off in Kuwait on March 25.

Arab foreign minister kicked off on Sunday a two-day meeting in the Cairo headquarters of the Arab League to prepare for the upcoming Arab summit, to be hosted by Kuwait on March 25.

The top diplomats will address a host of issues including activating common Arab work, the basic system of the Arab Court of Human Rights and the Arab-Israeli conflict, Arab diplomatic sources told Anadolu Agency.

They will also discuss the situation in Syria, Lebanon, Libya and Yemen along with Arab relations with Turkey, the sources added.

Kuwait will invite African Union Commission Chairperson Ncosazana Dlamini Zuma to attend the Arab summit, to be hosted by the Arab Gulf country on March 25.

Kuwaiti Ambassador to Ethiopia and envoy to the African Union Rashid Al-Hajri told Anadolu Agency on Sunday that he will present an invitation letter from Emir Sheikh Sabah Al-Ahmed Al-Jabir Al-Sabah to Zuma on Monday.

Ahmed Jarba, the head of the Syrian opposition bloc, South Sudanese Foreign Minister Barnaba Benjamin, and Abdou Salam Diallo, the chairman of the UN Committee on the Exercise of the Inalienable Rights of the Palestinian People, attended the opening session.

Qatari Foreign Minister Khalid al-Attiyah made a no-show at a meeting of the Arab foreign ministers in Cairo on Sunday.

Qatar was rather represented by a foreign ministry undersecretary.

The low-level Qatari participation came a few days after Saudi Arabia, the United Arab Emirates and Bahrain recalled their ambassadors from Doha protesting what they had described as Qatar's intervention in their affairs.

Regretting the recall, Qatar said the decision had to do with the positions of the three countries on issues that fall outside the borders of the Gulf Cooperation Council, a grouping of the six Arab countries overlooking the Arab Gulf.