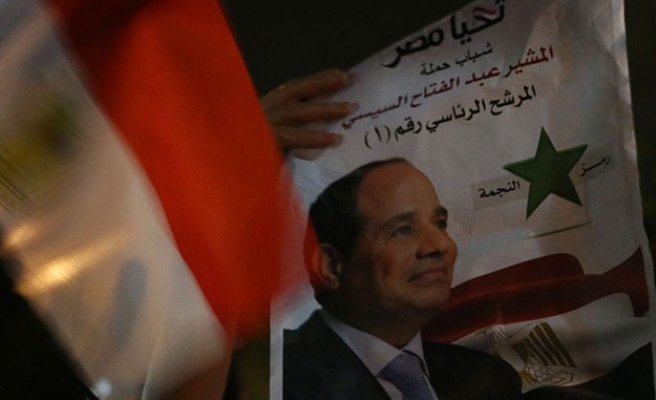 "Congratulations on the precious trust given to you by the brotherly people of Egypt in facing the challenges they are experiencing, and to achieve their aspirations and ambitions in stability, development, progress, prosperity, pride and dignity," United Arab Emirates (UAE) President Sheikh Khalifa bin Zayed wrote in a message to Sisi.

Commission head Judge Anwar al-Asi said that 25,578,223 out of some 54 million eligible voters had cast their ballots in the polls with a voter turnout of 47.45 percent.

"We congratulate you on the confidence of the Egyptian people, who entrusted you with their hopes, aspirations and dreams of a better future," he said in a cable to al-Sisi.

The United States said on Wednesday it looked forward to working with former army chief Abdel Fattah al-Sisi as Egypt's president but expressed concerns about the "restrictive political environment" in which he was elected.

The United States was pleased that international observers were allowed to participate, it said.

"As Egypt looks toward parliamentary elections later this year, we urge the government to consider the recommendations of the observer groups on ways to improve the administration of future elections," it said.

"We urge the President-elect and the government to adopt the reforms that are needed to govern with accountability and transparency, ensure justice for every individual, and demonstrate a commitment to the protection of the universal rights of all Egyptians."