Arab League chief in Syria for talks with Assad

Elaraby had originally been expected to travel to Damascus on Wednesday but Arab diplomats said the visit was delayed at Syria's request. 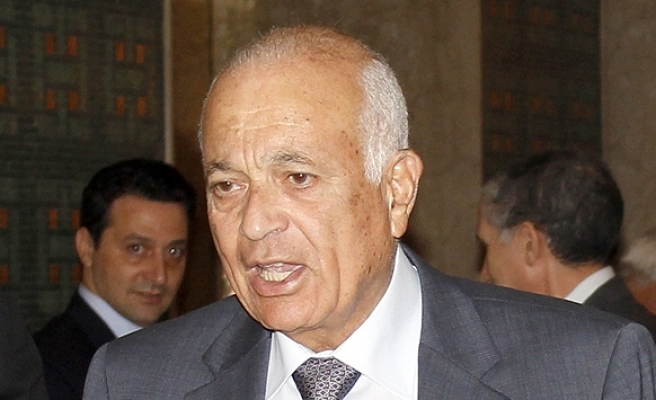 Arab League chief Nabil Elaraby arrived in Syria on Saturday for talks with President Bashar al-Assad during which he was expected to convey concerns over the bloody crackdown on protests which has killed more than 2,000 people.

Assad has responded to nearly six months of street protests, inspired by Arab uprisings which have overthrown three North African leaders, with a wave of repression in which the United Nations says 2,200 people have been killed.

Authorities in Damascus blame armed groups for the violence and say 500 soldiers and police have been killed since the unrest erupted in the southern city of Deraa in mid-March.

The United States and European Union have imposed sanctions on Syria and regional powers have grown increasingly critical of Assad, but no country has proposed the kind of NATO intervention which brought down Libya's leader Muammar Gaddafi.

Elaraby had originally been expected to travel to Damascus on Wednesday but Arab diplomats said the visit was delayed at Syria's request.