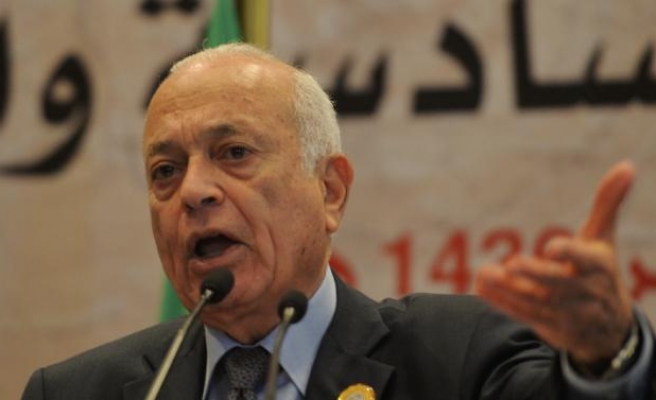 Arab League Secretary-General Nabil al-Arabi on Tuesday voiced his regret that representatives of the pan-Arab body had not been invited to attend a recent round of talks on the ongoing conflict in Syria.

“I don't know why the Arab League was not invited to take part in the talks,” al-Arabi said at a joint press conference with EU foreign policy chief Federica Mogherini.

On Friday, foreign ministers from the U.S., Russia, Turkey and France -- along with those of nine other countries -- met in Vienna to discuss ways of resolving the conflict.

The talks ended, however, without any consensus being reached.

Al-Arabi had voiced hope that talks would lead to a "way out" of the four-year conflict.

“The Syrian issue has been a primary focus of the Arab League's attention in recent years," he said.

Mogherini, for her part, said a political process -- led by Syrians -- should begin in the war-ravaged country.

The EU’s top diplomat arrived in Cairo on Monday to discuss the Syrian crisis, along with recent developments in Libya and the Palestinian territories, with Egyptian officials and the Arab League chief.

Syria has been gripped by bitter fighting since the regime of President Bashar al-Assad cracked down on anti-government protests -- which began in 2011 as part of the “Arab Spring” uprisings -- with unexpected ferocity.

According to the UN, more than 250,000 people have since been killed in the conflict, which continues to pit several heavily-armed factions -- including the Daesh militant group and the Syrian regime itself -- against one another.