Groups are made up of young Palestinian men, women residing in Al-Aqsa Mosque in order to stand up against Israeli settlers who storm the mosque 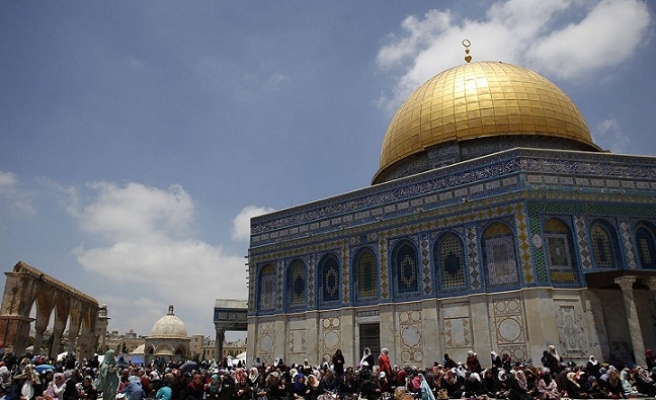 The groups are made up of young Palestinian men and women who reside in the Al-Aqsa Mosque in order to stand up against Israeli settlers who storm the mosque.

Al-Aqsa has recently witnessed almost daily incursions by Israeli groups and members of the Knesset under Israeli police protection through the Mughrabi Gate.

The Arab League also condemned the Israeli calls for Jews to visit the mosque and perform Talmudic prayers in it.

The statement said all racist laws and "Judaisation" measures confirm that the Palestinian organisations are only defending the mosque.

It described the attempts as state terrorism, stressing that the protection of these holy sites is a right guaranteed under international law and that the Palestinians have the right to defend their sanctities by peaceful means.

The league warned that the Israeli policies against Islamic sites will only provoke the Arab and Muslim world.

It also called on the international community and the United Nations to assume their responsibilities in responding to the racist Israeli actions which will have serious repercussions.