The Arab League on Sunday welcomed an agreement between the United States and Russia to eliminate Syria's chemical weapons. 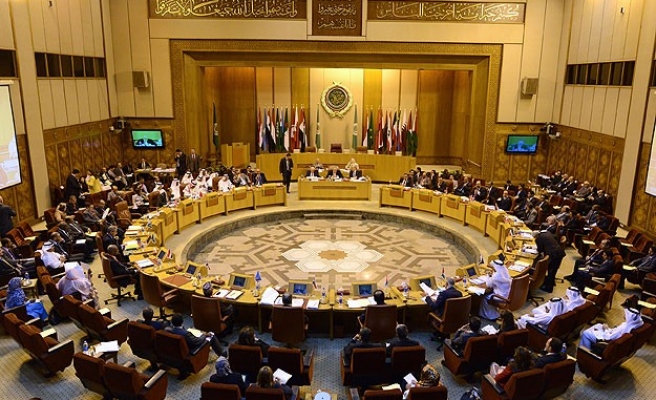 The Arab League on Sunday welcomed an agreement between the United States and Russia to eliminate Syria's chemical weapons.

"[The deal] contributes to providing favorable environment to go to Geneva 2 conference to look into means of reaching a political solution to the Syrian crisis," Arab League Secretary-General Nabil al-Arabi said in a statement, a copy of which was obtained by Anadolu Agency.

The deal envisages that Syria must provide full details of its arsenal of chemical weapons within a week and the chemical stockpile to be eliminated before mid-2014.

The US and its allies were mulling a military strike against the regime of Syrian President Bashar al-Assad for allegedly carrying out chemical attacks near Damascus on August 21, which killed more than 1,400 people, including hundreds of children.

The al-Assad regime, however, denies the accusations.

The Arab League chief called on all stakeholders to work towards reaching a comprehensive ceasefire to extend humanitarian and medical assistance to the Syrian people.

Syria has been in the throes of civil war since March 2011 after a peaceful uprising against al-Assad escalated into an armed revolt following a violent government crackdown.

Activists say more than 100,000 people have so far been killed in the ongoing conflict.