Gulf countries, particularly Qatar and the United Arab Emirate, are proposing Morsi goes on national TV to announce his resignation and delegate all his authorities to rime al-Beblawi 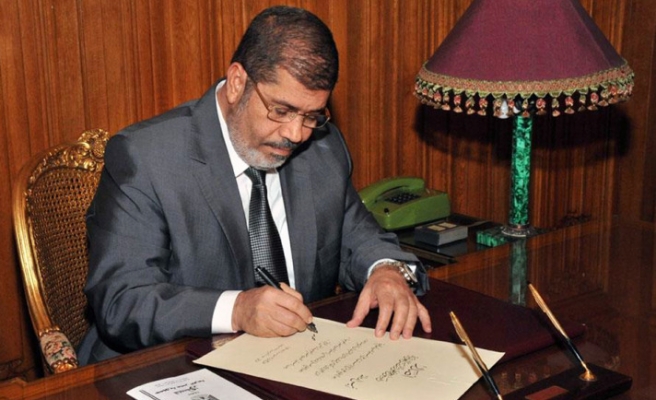 Arab mediators are sponsoring a Yemen-styled scenario to break the current impasse in Egypt, while westerns are only seeking calm though reciprocal measures.

Gulf countries, particularly Qatar and the United Arab Emirates (UAE), are proposing that ousted president Mohamed Morsi goes on national TV to announce his resignation and delegate all his authorities to Prime Minister Hazem al-Beblawi, before leaving Egypt to a country of his choice, well-kept political sources told Anadolu Agency.

“The arrival of Qatari and UAE foreign ministers at the same time was by no chance. The two Gulf countries have agreed to table an initiative similar to what happened in Yemen to end the lingering political crisis in Egypt,” said the sources, declining to be named for not being authorized to talk to the media.

Under a Saudi-UAE initiative former Yemeni president Ali Abdullah Saleh stepped down and delegated his authorities to his deputy in exchange for full immunity from judicial prosecution for him and all those who worked with him.

“The initiative was not accepted by the current regime which told the two gulf ministers that they would not accept any return of Morsi, even if symbolic and for two minutes,” the sources said.

For their part, the US and EU focus on calming down the volatile situation through reciprocal measures, but without having a vision for what’s next.

They are proposing the release of all Morsi supporters held on politicized charges in exchange for the dispersal of pro-Morsi sit-ins in Rabaa Adawiya and Nahda squares, well-informed sources told AA.

“The initiative has not been accepted by either camp because it does not include a clear vision for the situation after that,” added the sources.

The Egyptian capital has been abuzz with diplomatic activity in recent days, with officials coming from the four corners of the world for talks aimed at resolving Egypt’s crisis.