Zoabi said she would lodge an appeal against the decision to stop her from contesting the polls, adding that the decision lacked any legal grounds. 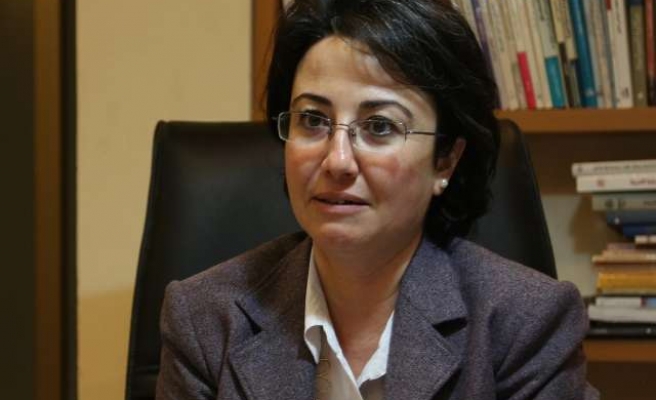 An Arab-Israeli lawmaker has lashed out at a recent decision by Israel's electoral commission to disqualify her from running in Israeli general elections slated for March.

Hanin Zoabi said the commission's decision to disqualify her was aimed at discouraging other Arabs from struggling for Palestinian liberation.

"The decision does not only target me. It targets the struggle of the Palestinian people in general," Zoabi told The Anadolu Agency in an interview.

The decision to disqualify her from the race was supported by 27 of the electoral commission's 33 members.

It is not the first time for Zoabi to be prevented from contesting the polls. In 2003, the electoral commission issued a similar ban against the outspoken Arab-Israeli politician.

Israel's Supreme Court, however, had later reversed the decision, allowing Zoabi to run in the polls.

A member of the Arab-Israeli Balad Party, Zoabi had been a vocal critic of Israel's devastating onslaught on the Gaza Strip last summer.

Zoabi said she would lodge an appeal against the decision to stop her from contesting the polls, adding that the decision lacked any legal grounds.

"I don't think the Israeli High Court will approve my disqualification," she said.

"There is no legitimate reason for this – unless Israel wants to totally change the rules of the game," she added, speaking from her office in the northern Israeli city of Nazareth.

She described the struggle of the Palestinian people against Israel's "terrorist policies" as a "legitimate" one, adding that the self-proclaimed Jewish state had effectively made prisoners of some 2 million people in the Gaza Strip.

While Zoabi has been banned from contesting elections, she has nevertheless vowed not to abandon her principles.

"We don't hesitate to say that terrorism is chiefly made by Israel," Zoabi said. "Occupation is the main form of terrorism."

She noted that Israel's decades-long occupation – along with its "aggressive policies" – stood behind all the violence and terrorism in the country.

Zoabi lashed out at Israel's contention that Arabs lining in Israel were somehow not Palestinian.

"They [the Palestinian people] are my people. My struggle is part of their struggle based on universal values of justice, freedom and equality," Zoabi said.

She went on to deride Israel's claim that it was the "only democracy in the Middle East."

"This is a joke to us," Zoabi said. "There is no mechanism by which Israel can simultaneously be a Jewish state and a democratic state."

In order to be a Jewish state, she said, Israel had to oppress its Palestinian population.

She added that the most basic Palestinian civil rights were frequently violated by Israel, noting that Palestinian land was frequently confiscated while Arabs in Israel faced discrimination in terms of health and educational services.

Zoabi said that, for Palestinians, it would not matter who won Israel's upcoming elections on March 17.

Whether Labor Party leader Isaac Herzog or incumbent Prime Minister Benjamin Netanyahu won the elections, she said, neither of them would recognize an independent Palestinian state – based on the 1967 borders – with East Jerusalem as its capital.

Zoabi was one of several people who had been part of the 2010 Freedom Flotilla aboard the Turkish aid ship Mavi Marmara.

The ship had sought to break the siege of the Gaza Strip before being intercepted by Israel's navy, which killed nine Turkish activists on board.

Zoabi said she felt proud to have been part of the aid flotilla.

"It was my duty as a Palestinian and human being to take part in the convoy that sought to break the Gaza blockade," Zoabi said.

She added that the Mavi Marmara had succeeded in putting Israel's years-long blockade of the Gaza Strip under the international media spotlight.

"Before the Mavi Marmara, Israel did not even acknowledge that it was holding two million people inside the world's largest open-air prison," Zoabi said.

She voiced her appreciation to the people of Turkey for dispatching the aid flotilla in 2010.

Last summer, Zoabi was suspended from the Knesset for six months after making statements about three Jewish settlers who went missing in the occupied West Bank before turning up dead.

At the time she had said that the settlers' kidnappers were "not terrorists."