Egyptian security forces have searched more than 5,000 Cairo homes, and have rounded up pro-democracy activists as well as tracking social media 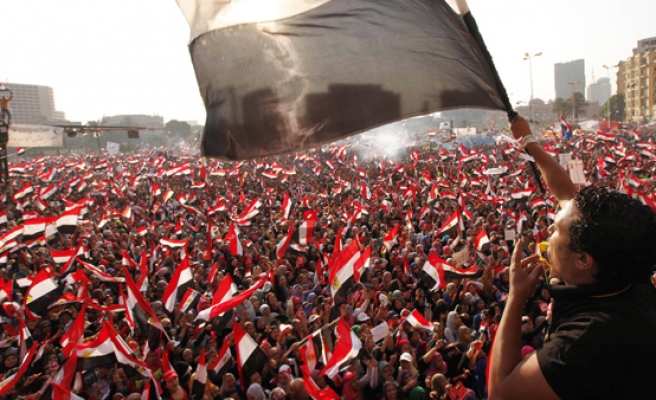 Egypt marked the fifth anniversary on Monday of the 2011 revolution that toppled  Hosni Mubarak, as residents witnessed a security forces build-up in the streets of the capital, Cairo.

President Abdel Fattah el-Sisi paid tribute to the January 25 uprising, pointing out that protesters killed during the 18-day revolt had sought to revive "noble principles" and found a "new Egypt".

Sisi's praise in a televised speech on Sunday  followed a recent spate of arrests and a heightened security presence in Cairo.

For the past few weeks, security forces questioned have residents and have earched more than 5,000 homes in Cairo as a “precautionary measure” with the aim of ensureing that Egyptians do not take to the streets in demonstrations, or any attacks by armed groups.

Police have detained more followers of ousted president Mohamed Morsi's Muslim Brotherhood group and secular activists allegedly for inciting violence against the state and planning illegal protests on the anniversary of the uprising.

A senior security official has said that, “We are very concerned and will not allow protests,” he said, on condition of anonymity because he was not authorized to brief reporters. “These movements are aimed at polarizing society and mobilizing the masses against the government,” he added.

This year, social media users have been specifically targeted, with several being affected by the roundups saying that police are asking to inspect Facebook and Twitter accounts to track acquaintances and gauge political affiliations.

Earlier this month, authorities arrested three people who were the administrators of over 20 Facebook pages, accusing them of using website to incite against state institutions. Social media, particularly Facebook and Twitter, has played a significant role in organizing the 2011 uprising and other protests since then.