Saleh said "the revolutions have been merely a tool for weakening armies, spreading chaos and destroying economies." 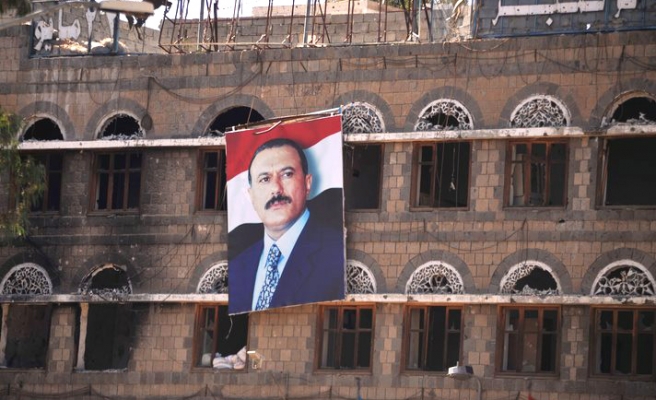 Former Yemeni president Ali Abdullah Saleh, who was forced to resign two years ago in the wake of the Arab Spring uprisings, described the latter as a "tool" aimed at weakening Arab economies and armies.

Saleh's statements came during a Monday night interview with private Egyptian satellite channel CBC Extra, his first interview since he resigned in 2012.

"The absence of democracy in some [Arab] countries has caused frustration among the youth," Saleh said. "But the revolutions have been merely a tool for weakening armies, spreading chaos and destroying economies."

Saleh described last year's military ouster of president Mohamed Morsi - who won Egypt's first democratic presidential polls in 2012 -  as an "abortion of a Zionist scheme" which he said aimed at pushing Islamists to power, with the support of the U.S.,  in Arab Spring countries.

"The Egyptian people's revolt against the Brotherhood was a victory for the whole region," Saleh said in reference to massive protests that broke out against Morsi's single-year rule.

Saleh said that while Egypt has been "lucky to receive generous support" by the Gulf following Morsi's ouster, Yemen has gone "back to square one" amid an ongoing stalemate between the central government and the Shiite Houthi movement which recently took control of capital Sanaa.

He added that the solution to Yemen's problem is to hold presidential and parliamentary elections simultaneously in order to produce a "new legitimate authority" in the country.

Saleh, 72, resigned in late 2011 under a Gulf-sponsored settlement between Yemen's political rivals following massive protests calling for his resignation after 33 years in power.

He dismissed accusations that he had been playing a role in the current tension in Yemen, saying he had not been in contact with the army or any political group other than his General People's Congress party, which he still heads.