Arab states call for end to violence in Syria

The Syrian leadership must also start a national dialogue to resolve the conflict, foreign ministers said in a statement at the end of a meeting in Cairo. 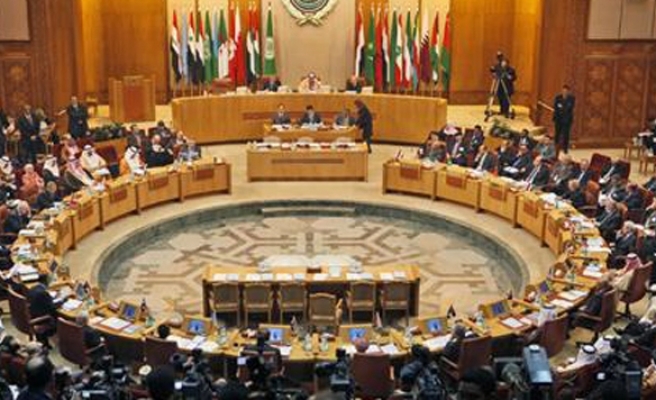 Arab League states on Tuesday called for "immediate change" in Syria and an end to the violence after months of a government crackdown on pro-democracy protesters opposed to President Bashar al-Assad's rule.

The Syrian leadership must also start a national dialogue to resolve the conflict, foreign ministers said in a statement at the end of a meeting in Cairo.

"The current situation in Syria is still very serious and an immediate change has to happen in order to stop the bloodshed and prevent people facing more violence," they said.

The ministers urged the Syrian authorities to implement measures agreed on during a visit by Arab League Secretary-General Nabil Elarby to Damascus last week, especially stopping all violent acts.

Elaraby told reporters that in Damascus, he had discussed with Assad a ceasefire, the release of political detainees and allowing an Arab League fact-finding mission to visit the country. He said Assad had been "responsive" but gave no more details.

A delegation would only visit once the crackdown was halted.

The statement made no mention of a resolution rejecting U.S. unilateral sanctions against Damascus that had been circulated in draft form at the meeting.

Qatar's Prime Minister Sheikh Hamad bin Jassim, chairing the meeting, said Arab states hoped the Syrian conflict could be solved internally or among Arab states rather than by international intervention.

"We hope and pray to God that violent acts and bloodshed stops in Syria and we hope the situation will be resolved by Syrians or through Syrians and Arabs," Sheikh Hamad told a news conference.

The United States, which has imposed limits on trade with Syria under its 2004 Syria Accountability Act, has stepped up sanctions to include Assad, several aides and businesses.

Syrian government forces shot dead five mourners on Tuesday when they fired at a funeral for villagers killed the day before near Hama, local activists said.

Security police snipers began shooting from the roof of a school and a municipal water tank in the town of Kfar Nubouzeh, when hundreds of mourners began chanting slogans demanding Assad's downfall, activists in contact with residents said.

One activists said Kfar Nubouzeh was among the regions hardest hit by the assaults because it is the hometown of Hama's attorney general, who announced his defection 10 days ago and has not been heard from since.

"Kfar Nubouzeh has been also a meeting point for protesters from surrounding villages," he said.

The military operation focused on villages and towns north of Hama and on the al-Ghab Plain, farmland to the east.

The Arab League meeting also agreed to back Palestinian leader Mahmoud Abbas in a bid for Palestinian statehood at the United Nations.

But it was not clear if this would involved an application for full membership from the Security Council, where the United States has promised to use its veto, or a lower status as a "non-member" state from the general assembly where the majority back the Palestinians and no state has veto power.

"It is up to President Abbas to decide, we are waiting for his opinion," Elaraby said.