If adopted at the annual member state gathering of the U.N. International Atomic Energy Agency, it would call on Israel to join a global anti-nuclear weapons treaty and place its nuclear facilities under IAEA monitoring. 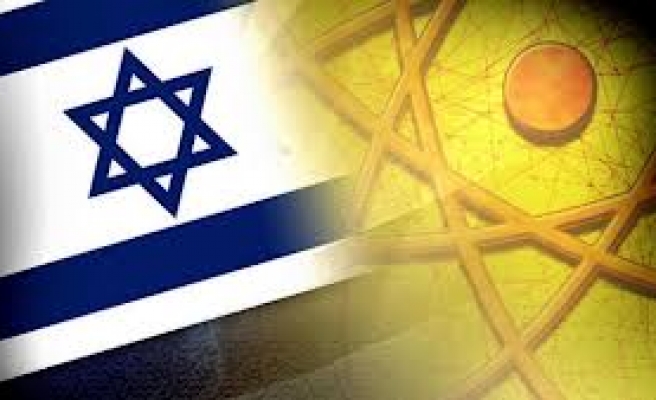 Arab states will push ahead with a bid to single out Israel for criticism over its assumed atomic arsenal at this week's U.N. nuclear agency meeting, despite Western pressure to refrain, a senior representative said on Friday.

Frustrated over the indefinite postponement last year of an international conference on banning atomic arms in the region, Arab states have proposed a non-binding resolution expressing concern about "Israeli nuclear capabilities".

If adopted at the annual member state gathering of the U.N. International Atomic Energy Agency, it would call on Israel to join a global anti-nuclear weapons treaty and place its nuclear facilities under IAEA monitoring. Diplomats expect a close vote.

The United States said this week the move would hurt broader diplomatic efforts towards creating a Middle East zone free of weapons of mass destruction. Israel said it would deal a "serious blow" to any attempt to hold regional security talks.

But Ambassador Ramzy Ezzeldin Ramzy, head of the Arab League group at the IAEA, made clear the text would not be withdrawn before a vote expected later on Friday.

"The world has to know that Israel is not playing a constructive role, that Israel has a (nuclear) capability," Ramzy told Reuters.

Israel is widely believed to possess the Middle East's only nuclear arsenal, drawing frequent Arab and Iranian condemnation. It has never acknowledged having atomic weapons.

U.S. and Israeli officials - who see Iran's atomic activity as the main proliferation threat - have said a nuclear arms-free zone in the Middle East could not be a reality until there was broad Arab-Israeli peace and Iran curbed its programme.

Israel and the United States accuse Iran of covertly seeking a nuclear arms capability, something the Islamic state denies.

World powers agreed in 2010 to an Egyptian plan for an international meeting to lay the groundwork for creating a Middle East free of weapons of mass destruction.

But the United States, one of the big powers to co-sponsor the meeting, said late last year it would not take place as planned last December and did not suggest a new date.

Arab diplomats said they refrained from putting forward the resolution on Israel at the 2011 and 2012 IAEA meetings to boost the chances of the Middle East conference but it had no effect.

"We have engaged seriously and constructively in the preparations (for the conference). The Israelis have been playing for time, delaying, we have never seen enough seriousness on their part," Ramzy said.

Israel's atomic energy chief, Shaul Chorev, told this week's IAEA meeting that Arab states were using it as a platform for "repeatedly bashing" his country. The Arab move only deepens "existing distrust" among the region's countries, he said.