The majority of youth from that went through a revolutionary wave of demonstrations and protests feel disenfranchised from the political process in their country, a poll conducted by Al Jazeera Studies Centre has revealed. 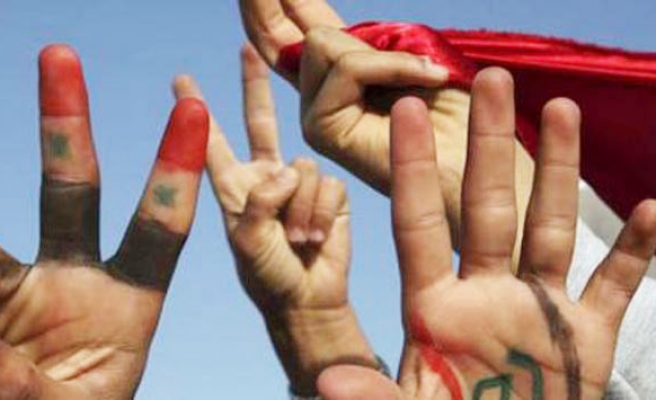 The majority of youth from Egypt, Tunisia, Libya and Yemen - countries that went through a revolutionary wave of demonstrations and protests that began in December 2010 - feel disenfranchised from the political process in their country, a poll conducted by Al Jazeera Studies Centre has revealed.

The study, published on Monday, also found that most of the 8,045 of women and men aged 17 to 31 surveyed from the four so-called "Arab Spring" nations, did not believe that their recently elected parliaments represented them.

"Youth were considered the main social force that sparked the revolutions and brought about the change, but they do not seem to have a grip over the course their countries are moving and the new institutions of governance that emerged do not seem to correspond with the role the youth exercised," the report said.

In Tunisia, 81 percent said the deputies of the Constituent Assembly did not represent them, while only 17 percent felt otherwise, according to the study.

In Egypt, 72 percent of the respondents said they did not feel that MPs represented them. Only 24 percent believed they did.
In Libya, 62 percent of young people believed the National Conference did not represent them.

During Tunisia's "Jasmine Revolution", the country overthrew decades of oppression and dictatorship. Its revolution rocked the Middle East and inspired the 'Arab Spring'.

Tunisia has adopted an interim constitution, held free and fair elections, and is considered to be on the path of becoming a modern democratic state.

However, only 14 percent of the respondents of the Studies Centre survey said that the revolution that toppled Zine El Abidine Ben Ali had been a success.

Crowds took to the streets of Sirte, Tripoli, Misrata and Benghazi, the eastern city that spearheaded the uprising against Gaddafi's 42-year rule in February, to celebrate the news, with some firing guns and waving Libya's new flag.

Despite their disenchantment with their countries' political institutions, 64 percent of Libyan youth surveyed considered the revolt that ousted Gaddafi successful, the study showed.

Following a year of protests and civil unrest that eventually resulted in the end of Ali Abdullah Saleh's 33-year presidency, millions of Yemenis headed to the polls to elect Abd-Rabbu Mansour Hadi as president in February, 2012.

However, only 37 percent of youth surveyed in Yemen believe that their revolution was successful.

Similar results were found in Egypt, though the study does not take into account the sentiment among Egyptian youth from June 30 onward, when massive protests swept the country against now ousted president Mohamed Morsi.

The military council took power on February 11 after Hosni Mubarak was pushed from office following 18 days massive street protests against his 30-year rule.

Only 17 percent of youth surveyed there believe that this revolution was a success.

The research, published on Monday, also examined how young people identified themselves in the four countries. It revealed that youth from Tunisia, Libya and Yemen considered themselves Muslims before affiliating themselves with their nationalistic identities.

The majority of the young men and women surveyed from all four countries considered Sharia, or Islamic law, an essential source of legislation.

Support for the implementation of Sharia was the largest among Libyan youth (at about 93 percent), followed by Yemen (89 percent), Tunisia (64 percent), and Egypt (57 percent).