Arab ministers said they called on the Palestinians to resolve their divisions to strengthen their hand in the talks. 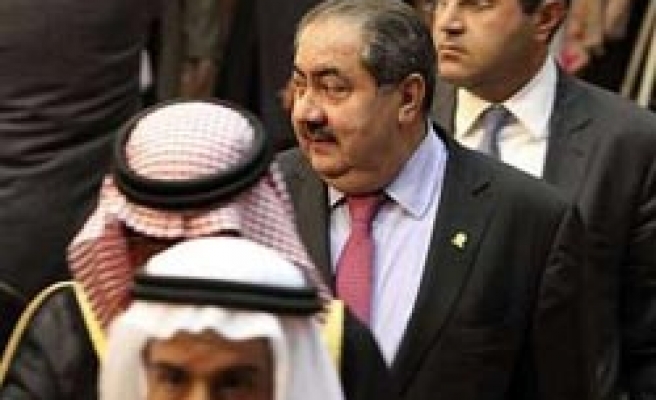 Arab ministers said on Thursday they called on the Palestinians to resolve their divisions to strengthen their hand in the talks.

"The Arab initiative is still being offered and it represents a chance for peace," Iraqi Foreign Minister Hoshiyar Zebari said at the start of an Arab League meeting in Cairo.

"This peace cannot be possible without the full Israeli withdrawal to 1967 borders including a withdrawal from the Golan Heights and south Lebanon and establishing an independent Palestinian state with East Jerusalem as its capital," he said.

Israeli insist to resume the settlement buildings whit an end of temporal has posed a serious threat to the U.S.-sponsored direct talks.

The settlements are on territory captured by Israeli forces in the 1967 Middle East war and are declared by the World Court to be illegal under international law, a finding disputed by Israel.

Netanyahu, whose coalition government is dominated by pro-settler parties, said on Sunday he would not extend the construction moratorium but only could "limit" the scope of further building in some settlements.

"... we call on our Palestinian brethren to resolve differences between them and follow through with national reconciliation as fast as possible," Zebari said.

Arab League Secretary-General Amr Moussa said the peace talks were taking place in a "suspicious and worrying" environment and the League was watching the situation in the Palestinian territories as the moratorium nears its ends.

Arab League ministers are expected to draw up a resolution outlining a common position on the talks.