Planned protests across Arab countries include those against Morsi's ouster, Israeli violations of Al-Aqsa, and high prices in Sudan. 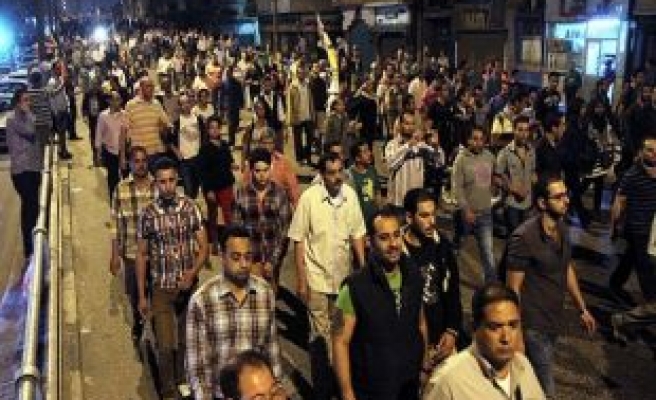 Several Arab countries are bracing for mass demonstrations on Friday for reasons ranging from the ouster of an elected president and high prices to violations of religious sites.

In Egypt, the National Alliance for the Defense of Legitimacy, a coalition of largely Islamist groups supporting ousted President Mohamed Morsi, called for fresh rallies after the weekly Friday prayers to denounce what they call the "military coup" against the elected leader.

The pro-democracy bloc has also called for protests in Cairo's Tahrir Square on Sunday to mark the anniversary of Egypt's 1973 military victory over Israel.

Pro-democracy protests have been ongoing for the past 15 weeks against the army's July 3 overthrow of democratically-elected Morsi.

Hundreds of Sudanese demonstrators have been arrested by security forces since the eruption of mass protests against a government decision two weeks ago to lift state subsidies on fuel and other commodities.

While activists say more than 100 people have been killed so far in protest-related violence, Sudanese authorities put the toll at 34 including several policemen.

In Jordan, Salafists are planning a sit-in to demand the release of their colleagues following a violent demonstration in which 91 policemen were injured.

Activists will also march in the capital Amman following the Friday prayers to protest Israeli violations on Al-Aqsa Mosque, the third holiest site for Muslims.

Palestinians are planning rallies in the West Bank against an Israeli separation barrier in the occupied territory.

Tension has been high in the West Bank and al-Quds (occupied East Jerusalem) as extremist Jewish settlers -- often accompanied by Israeli security forces -- have entered the Aqsa Mosque complex on an almost daily basis.

In Iraq, demonstrations are planned by supporters of Shiite leader Muqtada al-Sadr to press for the release of Sadr loyalists arrested following deadly clashes with US forces in 2005.

Syrians are also planning mass rallies on Friday to say "thank-you" to Turkey over Ankara's support for Syrians displaced by a deadly fighting between President Bashar al-Assad's forces and opposition fighters.