Arafat's widow to bring case in France over death

The widow of Yasser Arafat is planning to file a legal complaint in France asking authorities to investigate the death of her husband. 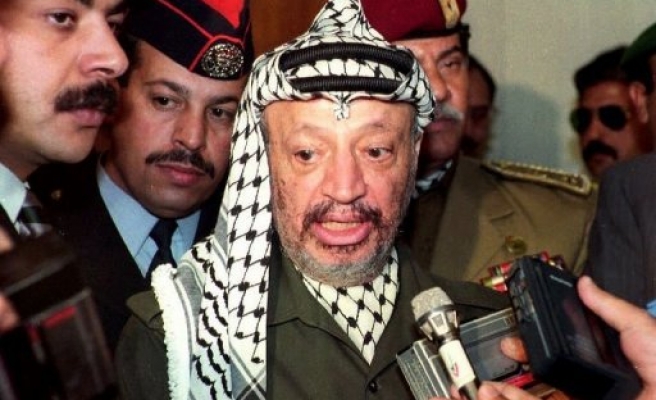 Yasser Arafat's widow will launch a court case in France into the unexplained death of the iconic Palestinian leader eight years ago after a media report suggested he may have been poisoned, her lawyer said on Tuesday.

Palestinian authorities gave final approval Monday for the former Palestinian leader's body to be exhumed and asked for an international investigation into his 2004 death in a French military hospital.

Switzerland's Institute of Radiation Physics detected elevated traces of polonium-210 - a rare and highly lethal substance - on Arafat's belongings but said the findings were inconclusive.

"Madame Arafat hopes that the authorities will be able to establish the exact circumstances of her husband's death and uncover the truth, so that justice can be done," lawyer Pierre-Olivier Sud said in a statement.

The exact nature of the legal complaint by Arafat's 48-year-old widow, Suha, is yet to be determined but it is expected to be presented before the end of this month, the lawyer said.

It would be presented against a person or persons unknown, the lawyer said in a statement.

"I want the world to know the truth about the assassination of Yasser Arafat," Suha Arafat told Al Jazeera, without making any direct accusations.

Tunisia has called for a ministerial meeting of the Arab League to meet to discuss Arafat's death.

Besieged by Israel to his West Bank headquarters in Ramallah for three years after a Palestinian uprising erupted, an ailing Arafat collapsed in October 2004.

He was airlifted to a military hospital in France, where he slipped into a coma and died on Nov. 11, 2004.