A statement by the group in Sinai offered condolences for the deaths and accused the Egyptian army of "collaborating" with the Israeli military, which the group accused of carrying out Friday's air-strike. 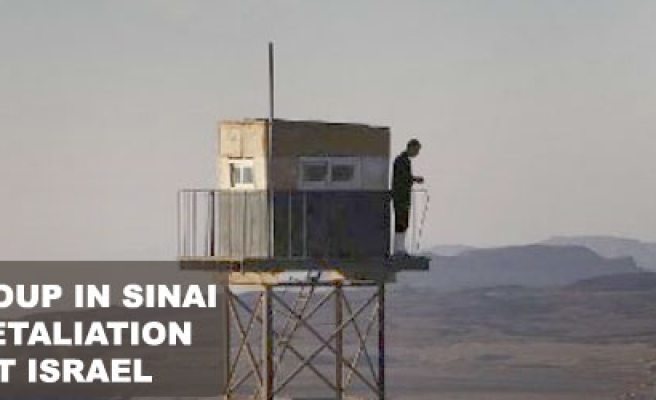 A Sinai-based armed group urged residents of the peninsula to retaliate against Israeli targets to avenge the killing of four of its members in a Friday air-strike, which, it alleged, had been launched by Israel.

At least four members were killed on Friday in an attack said to have targeted a rocket launcher operated in the North Sinai city of Rafah, amid conflicting reports about the source of the air-strike.

Armed groups in Sinai allege that an Israeli unmanned aerial drone was behind the attack, noting that the members had been targeted as they prepared to fire rockets towards Israeli territory.

"What happened should motivate the tribes to rally around and support their mujahedeen sons," a statement by a group calling itself 'Majlis Shura al-Mujahedeen Fi Aknaf Beit al-Muqdas' – posted on several websites – asserted.

"This grave incident should remind Egyptians that their number-one enemy is the Jews occupying the Palestinian territories," the statement read.

The group added: "Egyptians were distracted for decades from fighting this criminal enemy because of the policies of apostate leaders."

A separate statement by the Salafist group in Sinai offered condolences for the deaths and accused the Egyptian army of "collaborating" with the Israeli military, which the group accused of carrying out Friday's air-strike.

The Egyptian army, for its part, has said that one of its military helicopters – not an Israeli drone – had struck the rocket launcher in the Arjaa district in southern Rafah after spotting gunmen moving toward it.

A military spokesman dismissed alleged security coordination between Egypt's military establishment and its Israeli counterpart as "baseless, insane and illogical."

Israeli Defense Minister Moshe Yaalon, meanwhile, has asserted that Israel "respects Egypt's total sovereignty," stressing that his country would not allow "rumors and speculation" to harm the 1979 peace treaty between Cairo and Tel Aviv.