The Egyptians army has given those defying the overthrown of Morsi a 48-hour deadline to back down on their position and join the political process. 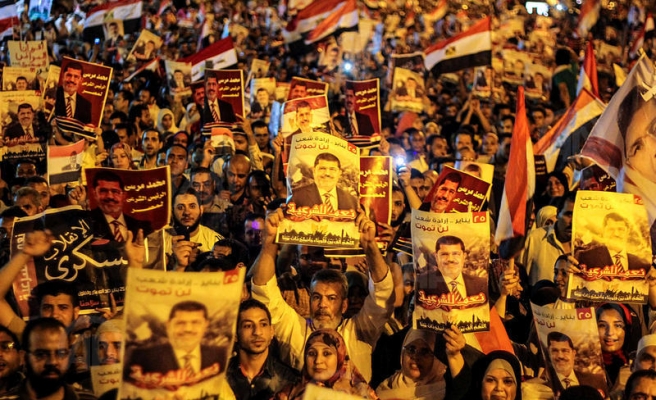 The army has given a 48-hour deadline for opponents of the ouster of President Mohamed Morsi to back down on their position and join the political process.

The Supreme Council of the Armed Forces said earlier via Facebook that the army chief has given a 48-hour deadline for all Egyptians to "return to the national fold", without naming any specific parties or groups.

The military source described the deadline as "political for those who are insisting on escalating the current situation".

"This political deadline does not carry any threat. It rather has a message for them to back down on their position and join the political process without exclusion."

The army overthrew Morsi on July 3 following mass protests against his regime.

It also suspended the constitution and installed Adly Mansour, the head of Egypt's constitutional court, as interim president in line with an army-imposed roadmap for the upcoming transitional phase.

Defiant Morsi supporters, for their part, have since been staging daily demonstrations and sit-ins nationwide to defend his democratic legitimacy and demand his reinstatement.

The military source said the "current strategy in the negotiations between the army and opponents of the July 3 relies on pressures", declining to give further details.

Army chief and Defense Minister Abdel-Fattah al-Sisi on Wednesday urged Egyptians to take to the streets for mass Friday protests to "authorize" him to "confront violence."

The call triggered fears that al-Sisi was seeking a popular mandate to use violence against Morsi loyalists, who have been camped out in Cairo and Giza for more than three weeks.

The military source said Sisi's call "falls within the framework of the army's tactics to deal with the status quo as the army is seeking to use utmost pressures to serve the country's high interests".