Egyptian military choppers dropped coupons for free home appliances on opponents of ousted President Mohammed Morsi for “the 40th anniversary of the 1973 victory.” 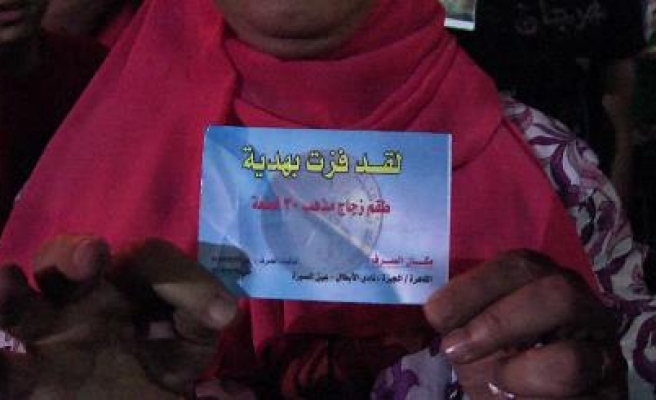 Egyptian military choppers have dropped coupons for free home appliances on opponents of ousted President Mohammed Morsi who are gathering in the iconic Tahrir Square to show support for the army's ouster of the country's first elected president.

"This gift is from the army on the 40th anniversary of the 1973 victory", read the coupon, asking people to pick up their gifts from the military al-Abtal Club in Cairo.

The free coupons offer a variety of home appliances, including refrigerators, washers, fans, and kitchenware.

Egypt is celebrating today the anniversary of its military victory over Israel in 1973, which fell on the 10th day of the holy month of Ramadan.

The military choppers did not drop similar coupons on thousands of Morsi supporters who are staging mass rallies and demonstrations across the capital to protest his ouster and demand his reinstatement.

The army deposed Morsi on July 3 following mass protests against his regime.