According to witnesses, snipers were dropped above the state-run Al-Gomhuria newspaper and Al-Helal Hospital, and opened fire on anti-coup protestors. 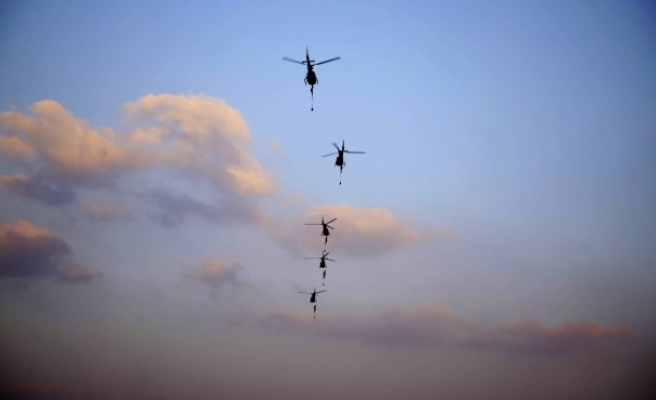 According to witnesses, snipers were dropped above the state-run Al-Gomhuria newspaper and Al-Helal Hospital.

There was no immediate official comment and the claims were not independently verified.

Medics earlier told the AA that 51 people were killed in attacks on pro-Morsi demonstrators in Ramses Square.

At least 95 people were killed and scores injured on Friday in attacks on a number of rallies staged by anti-coup demonstrators in several Egyptian cities.

Excluding Friday's casualties, at least 638 people have been killed in nationwide violence since Wednesday, including 288 in Rabaa al-Adawiya and 87 in Nahda, according to the Health Ministry.

However, the official death toll remains far below that given by the pro-Morsi National Alliance for the Defense of Legitimacy, which has put the number of deaths from the Rabaa sit-in alone at some 2,600.