Fighters from the Army of Islam clashed with members of the Army of the Nation group in Douma, the Britain-based Syrian Observatory for Human Rights said 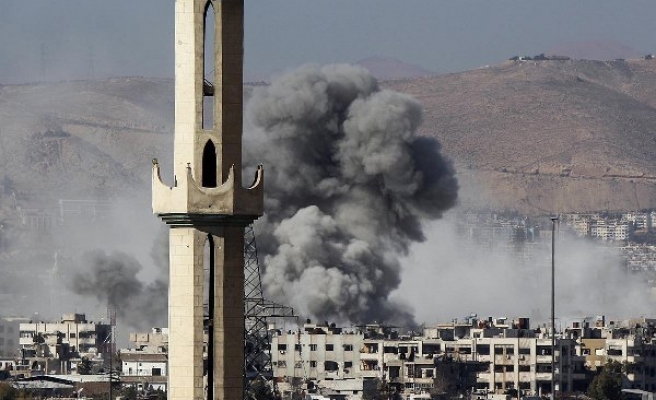 Rebel fighters seized a suburb east of Damascus on Sunday after driving out a smaller rival insurgent group in deadly clashes, a monitoring group said, the latest example of rebel infighting in Syria's nearly four-year conflict.

Fighters from the Army of Islam clashed with members of the Army of the Nation group in Douma, the Britain-based Syrian Observatory for Human Rights said. Both groups include Sunni Muslim fighters opposed to President Bashar al-Assad's government, and the fighting is seen as more of a turf war than a conflict over ideology.

The Observatory, which gathers information from a network of sources in Syria, said several fighters were killed, without giving details. It added that the Army of Islam had detained many of its rival combatants.

The groups, part of a myriad of opposition factions in the war, have both fought the Syrian army as well as battling each other for control of Douma, a strategic suburb on one of the main roads linking the capital with Homs city further north.

The Army of Islam is powerful in the area and it clashed with armed residents in Douma in November after locals attacked the storehouses of an organisation close to the group, according to the Observatory.

Infighting has weakened groups battling pro-government forces. The majority of the rivalry has been in the north of the country and such confrontations in the south, were Damascus is situated, have been relatively rare.