Ashton says a good start of talks with Teheran

High Representative of the European Union for Foreign Affairs and Security Policy Catherine Ashton agreed with Iranian Foreign Minister Javad Zarif to meet again with their teams in October in Geneva. 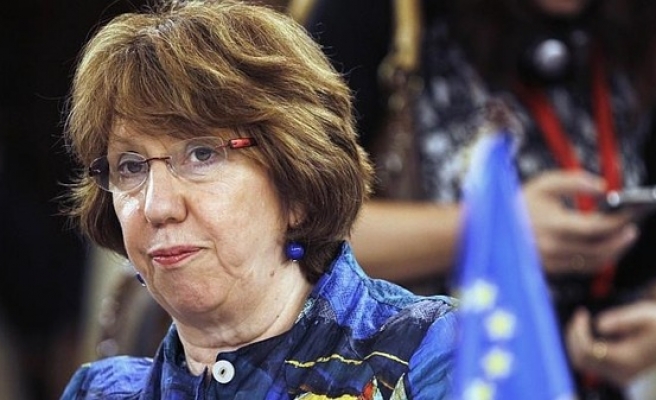 Stressing that this is her first time to meet Iran’s Foreign Minister Mohammad Javad Zarif, as she mentioned “face to face” -- the High Representative of the European Union for Foreign Affairs and Security Policy Catherine Ashton said – they touched on a “number of important issues but focused on the nuclear issue.”

“We had a good and constructive discussion and Foreign Minister Zarif will join for three plus three meetings that I am going to be chairing later this week, in order to have a short discussion” Ashton said, to the reporters at the United Nations in New York. She said Zarif and she agreed to meet again with their teams in October in Geneva.

That will be the new attempt to resume the negotiations over Iran’s nuclear program which West fears of being secretly nuclear weapon production.

“What I saw today is an energy and determination, to try a new forward in our talks,” Ashton also said talking about the 30 minutes meeting that took place at UN premises.

But, Ashton refused to answer directly to the reporters' question -- whether the resumption of the talks mean also putting under the revision a sanction regime on Iran, as “public opinion would like to see.” Ashton said, this was only “a first meeting in order to establish how we are going to work together.”

She said there is a “huge amount of work to do”, which EU High Representative for foreign policy was hopeful will be subject of Geneva talks. Ashton said she did not talk any details at UN’s meeting with Zarif -- of how to suspend Iranian nuclear program.

Asked whether “we are on the verge of break-through” as journalists asked in New York, Ashton responded:

“As you know, I have worked I think very hard to try and find the way which we can address this issue of great concern (Iranian nuclear program), I would take every opportunity to try to do that this will be won.”

Beside the talks with EU Foreign Policy Chief Catherine Ashton, Zarif is also scheduled to meet British Foreign Secretary William Hague on the margins of 68th UN General Assembly (UNGA) here in New York. The meeting has been arranged at the request of the British Foreign Office.

London unilaterally cut off its ties with Tehran in November 2011 after Iranian students staged a protest outside the British Embassy in Tehran and pulled down the British flag. Britain also imposed sanctions on the Central Bank of Iran.

The Iranian Foreign Minister Zarif was also scheduled to hold talks with the foreign ministers of 12 countries on Monday - including Turkey’s Ahmet Davutoglu.

Answering to AA's UN reporter – which Balkan leaders she will meet at the United Nations, Ashton said she will meet Foreign Minister of Kosovo Hashim Thaci and President of Serbia Tomislav Nikolic. But, she added “this list can be later extended.”