"I've tried to make sure that his family know he is well" said European Union foreign policy chief Catherine Ashton. 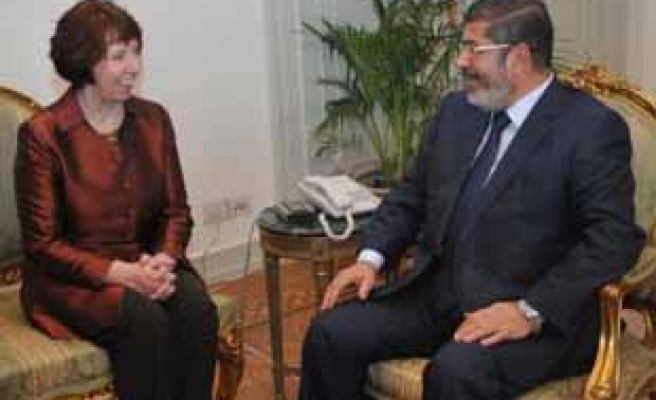 European Union foreign policy chief Catherine Ashton said on Tuesday she found that deposed Egyptian President Mohamed Morsi was well and had access to television and newspapers when she visited him.

Ashton was speaking to journalists after meeting Morsi at an undisclosed location on Monday night. "I've tried to make sure that his family know he is well," said Ashton.

Ashton, who is trying to mediate a resolution to Egypt's political crisis, added: "I said I wouldn't come unless I could see him (Morsi)." Asked about a media report that she had offered Mursi a "safe exit", she replied: "I did nothing of the kind."