The U.S. military struck an ISIL target southwest of Baghdad, U.S. Central Command said, in an expansion of the Obama administration's campaign against the group 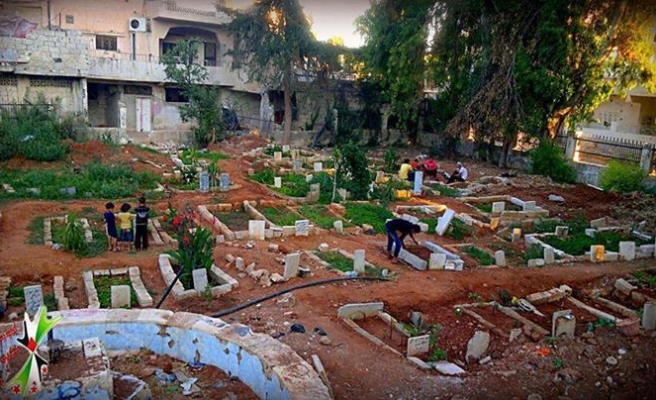 United Nations war crimes investigators for Syria cautioned world powers preparing military action against ISIL fighters that the 'laws of war' would apply to them and they must do everything possible to protect civilian populations.

They said ISIS, which controls swathes of Iraq and Syria, had commited massacres of religious and ethnic groups and abused women. The government of President Bashar al-Assad, however, remained responsible for the majority of civilian casualties.

World powers meeting in Paris on Monday gave public backing to military action to fight ISIL fighters in Iraq. The U.S. military struck an ISIL target southwest of Baghdad, U.S. Central Command said, in an expansion of the Obama administration's campaign against the group that has seized large swathes of Iraq and Syria.

"As military action on ISIS positions seems increasingly likely, we remind all parties that they must abide by the laws of war and most particularly, the principles of distinction and proportionality. Serious efforts must be made by all parties to preserve civilian life," Paulo Pinheiro, chairman of the U.N. commission of inquiry, told the Human Rights Council on Tuesday.

Air strikes against ISIL fighters have already stirred complaints in Sunni areas of civilian casualties. Prime Minister Haider al-Abadi said on Saturday he had ordered his forces to refrain from any strikes in civilian areas, even towns occupied by militants.

The rules of war embodied in the Geneva Conventions require warring sides to distinguish between military and civil objects, such s schools and hospitals, and to carry out operations that are proportionate to the perceived threat.

Washington has been trying to build a coalition to fight ISIL since last week when President Barack Obama pledged to destroy the militant group. France on Monday sent jets on a reconnaissance mission to Iraq, a step towards becoming the first ally to join the U.S.-led air campaign there.

The countries that did attend the Paris talks made no mention at all of Syria, where U.S. diplomats face a far tougher task building an alliance for action.

The group killed hundreds of civilians at Al-Shaar gas fields in eastern Homs and there are reports of hundreds from the al-Sheitaat clan in Deir al-Zor being executed, he said.

"Women living in ISIS-controlled areas have been banned from public life...Some women have been stoned to death, ostensibly for adultery," Pinheiro told the Geneva forum.

Indoctrination of children is a priority for the insurgents and youth are made to take part in hostilities, he said.

The group is "the most recent beneficiary" of inaction by the U.N. Security Council and the prevailing impunity, according to the independent experts who include former U.N. war crimes prosecutor Carla del Ponte.

But the government of President Bashar al-Assad "remains responsible for the majority of the civilian casualties, killing and maiming scores of civilians daily - both from a distance using shelling and aerial bombardment and up close, at its checkpoints and in its interrogation rooms," Pinheiro said.

"In the last two months, Deraa has been heavily bombarded with little sign of the government's attempting to distinguish between civilians and members of armed groups," he said.

Many areas under bombardment or siege are yielding to local truces, a "measure of the success of the government's 'starvation or submission strategy'," he said.

"Checkpoints are often the starting point of a horrific journey of disappearance, torture, sexual abuse and, for many, death," Pinheiro added.

The U.N. investigators released 12 testimonies from among 3,200 collected in their interviews with Syrian refugees and defectors in neighbouring countries and by Skype within Syria.

"They include a child injured in a missile attack on a school in Aleppo city, a man tortured in Damascus Mezzeh detention facility, and a pregnant woman left adrift after losing her husband and parents," Pinheiro said.

"Thousands of men, women and children have been beaten, electrocuted and hung for hours by their wrists from walls."

Women have given "shattering testimonies" of torture, rape and sexual assault by government forces, he said.