Forces of Syria's Bashar al-Assad regime on Tuesday entered the country's northwestern Manbij region in coordination with the YPG/PKK terror group, according to the local sources. 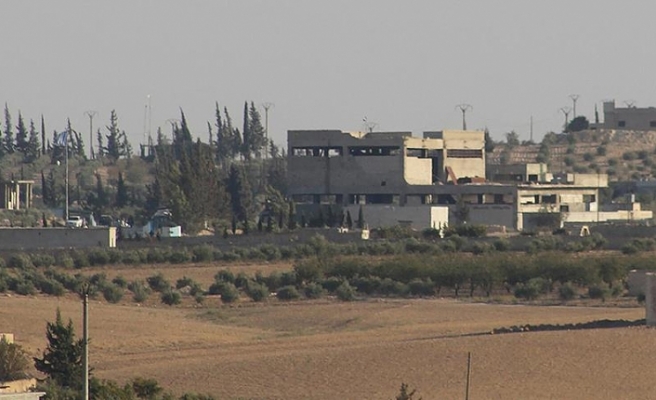 Following a brief meeting with the heads of the YPG/PKK, 40 pickup trucks carrying regime forces, two tanks, trucks carrying equipment and armored vehicles carrying other staff made an entrance to the Arimah town in the western countryside of Manbij, said the sources, who asked not to be named due to security reasons.

The YPG/PKK left the control of Arimah, which is between Manbij and the areas rescued with Turkey's Operation Euphrates Shield, to the regime.

Turkish and U.S. troops began joint patrols in Manbij on Nov. 1 as part of an agreement that focuses on the withdrawal of YPG/PKK terrorists from the city to stabilize the region.

Turkish President Recep Tayyip Erdogan has signaled that a cross-border operation against the terrorist PYD/YPG in Syria will happen soon. Since 2016, Ankara has carried out two similar military operations in northern Syria.

U.S. President Donald Trump last week made the surprise announcement that the U.S. would withdraw its troops from Syria. The decision followed Trump's phone call with Erdogan in which the two leaders agreed on the need for more effective coordination over the civil war-torn country.