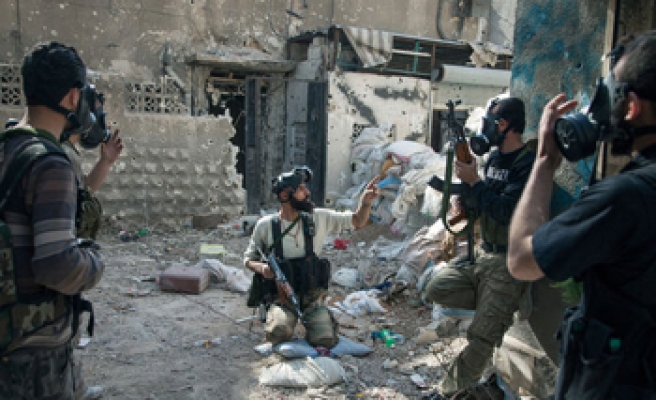 Al-Lush told AA that Assad forces dropped sarine gas towards Zemelka suburb, adding, "During that time, the wind did not blow. Assad forces were affected by sarine gas, because wind changed its direction to Al-Kusur quarter at the east town of Damascus."

Al-Lush said that a vast number of soldiers of Assad forces were killed and wounded because of the incident, saying, "nevertheless, the incident has been covered up by media."

The Syrian Islamic Liberation Front was founded in September 2012 under the leadership of Ahmed Abu Issa, the leader of the Suqour al-Sham Brigade. The coalition includes around 20 Islamist groups with fighters active throughout Syria. The Front aims to maintain brotherly relations with the Free Syrian Army while refusing to give full support to the FSA leaders who remain in Turkey.