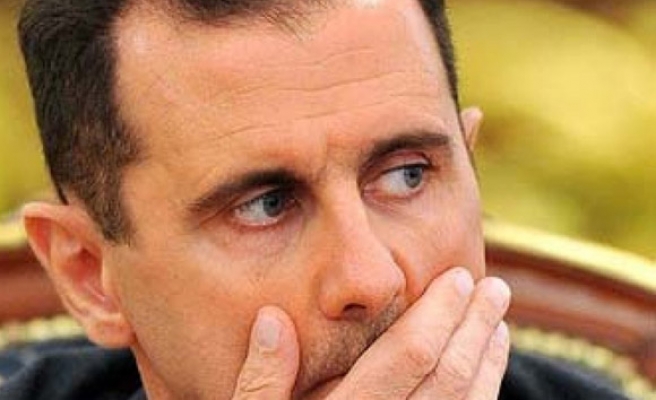 At least 12 civilians were killed when Assad regime forces shelled Eastern Ghouta region, east of Damascus, on Saturday, according to a Syrian civil defense source.

According to eyewitnesses, regime airstrikes and shelling hit the town of Haresta that left two civilians dead. The village of Hazze was also hit by regime strikes; four people, including two children died, the source, who spoke on condition of anonymity due to restrictions on talking to the media, said.

Separately, in another airstrike, six civilians were killed in Madyara region.

A number of injured people were transferred to nearby medical points.

Syrian regime's intense attacks on Eastern Ghouta between Nov. 14-17 killed 45 civilians, according to a report by civil defense source.

Eastern Ghouta falls within a network of de-escalation zones -- set up in Syria by Turkey, Russia and Iran -- in which acts of aggression are expressly forbidden. Regime forces have repeatedly attacked the district this week, leaving dozens of civilians dead or injured.