London-based rights group claims in its latest report that Assad regime forces killed at least 23 people from media and press in offensives in September. 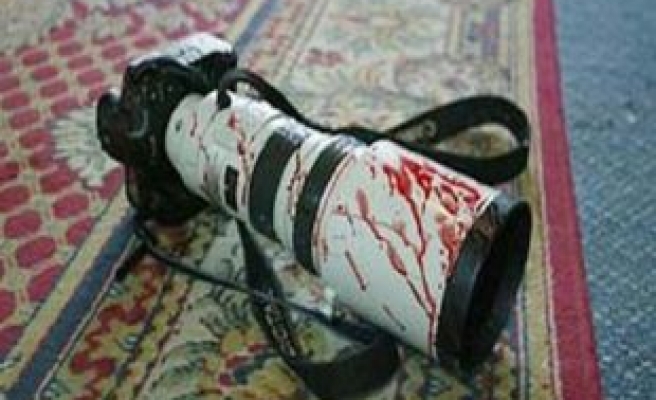 The Syrian Network for Human Rights (SNHR) said on Wednesday, in its latest report documenting violations against press members across Syria, that Assad regime forces had killed at least 23 members of the media and press in its offensives in September.

In the report, the London-based group which tracks civilian and dissident casualties noted that there was an "unprecedented increment" in the attacks targeting press members on the ground in Syria.

The report stated that the September attacks left at least 23 people dead and wounded 5 others from the media sector.

Most were reported to have been killed while they were shooting footage of the clashes between the Free Syrian Army (FSA) and Assad regime forces, while others were killed by snipers and during air strikes.

The SNHR claimed that one activist was killed and 6 others detained in operations by armed opposition groups.

The rights group reminded that Italian journalist Domenico Quirico and Belgian academic and author Pierre Piccinin had been released 5 months after being kidnapped by an armed opposition group in the Qusayr district of Homs city.