Assad had harsh words too for Syria's neighbour Turkey, relations with which have worsened following the shooting down of one of its military planes by Syrian forces last Friday. 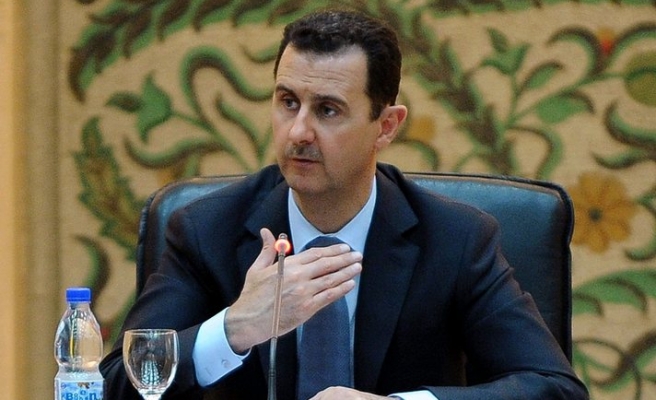 Syrian President Bashar al Assad told Iranian state television on Thursday a solution imposed on Syria from outside was unacceptable because only Syrians could resolve the country's crisis.

"No non-Syrian model is acceptable because no one but us knows how to solve the problem," Assad said during the rare hour-long interview.

Referring to strained relations with Turkey following the Syria's shooting down of one of its military fighter planes, Assad said there was a difference between the stance of Turkish officials and the positive view of Turkish people towards Syria.

His one-hour interview coincided with a sharp escalation of violence inside Syria and a flurry of diplomatic activity ahead of a planned meeting in Geneva that will try to end the bloodshed.

Diplomats said the talks - involving U.N. Security Council members and key regional countries - would focus on a proposed transition plan to pave the way for a unity government.

"The responsibility of the Syrian government is to protect all of our residents. You have a responsibility to annihilate terrorists in any corner of the country," Assad told Iranian state television.

"When you eliminate a terrorist, it's possible that you are saving the lives of tens, hundreds, or even thousands," he said, referring to last month's massacre in the village of Houla in which more than 100 people, including women and children, were killed.

Battling to crush a 16-month uprising against his rule, the 46-year-old Alawite leader demanded international observers speak out more about the "terrorist operations" they witnessed.

He also firmly rejected any solution imposed from outside the country, emphasising his own commitment to reform instead.

"We will not accept any non-Syrian, non-national model, whether it comes from big countries or friendly countries. No one knows how to solve Syria's problems as well as we do," he said.

"We are moving forward with political reforms. But for terrorists and the governments that support them, reforms have no meaning."

Assad accused Syria's foes of trying to interfere in his country's internal affairs with U.N. resolutions and by bringing about the failure of Kofi Annan's peace plan.

But he said he did not believe the crisis would result in military action in Syria.

What happened in Libya was "not a solution to be copied because it took Libya from one situation into a much worse one. We all now see how the Libyan people are paying the price," he said.

He had harsh words too for Syria's neighbour Turkey, relations with which have worsened following the shooting down of one of its military planes by Syrian forces last Friday.

"The policies of the Turkish officials lead to the killing and bloodshed of the Syrian people," said Assad.

While the United States and its allies have called for Assad to step aside to help bring an end to the bloodshed, allies Iran and Russia have continued to support the Syrian leader and criticised what they say is foreign interference in the country.