Alliance between Russia, Syria, Iraq and Iran must succeed or else the whole region will be destroyed, according to Syrian president 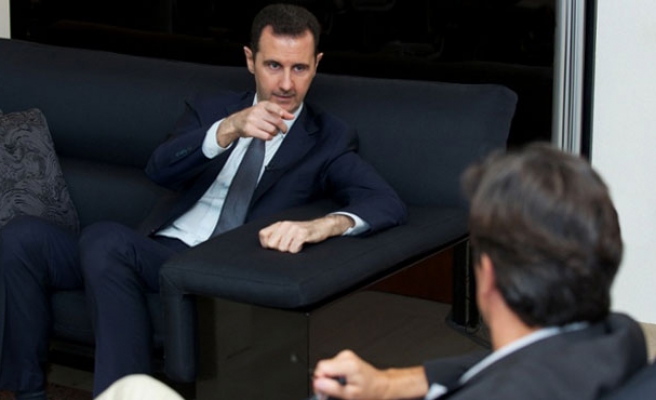 Syrian President Bashar al-Assad said in comments broadcast on Sunday that the success of Russia's military intervention in his country's civil war was vital for the whole Middle East.

"The alliance between Russia, Syria, Iraq and Iran must succeed or else the whole region will be destroyed," he said in an interview broadcast by Iranian state television.

Russia on Wednesday launched air strikes in Syria in a move Moscow insists is aimed at fighting the ISIL group.

"The chances of success for this coalition are great and not insignificant," Assad said in his interview, according to an extract posted on Twitter, warning that the price Syria's allies pay "will certainly be high".

He called on Western countries, which have along with Gulf allies carried out air strikes on ISIL in Syria since September 2014, to join forces in order to fight extremism.

"If these states join the fight against terrorists in a serious and sincere manner, at least in terms of stopping them getting support, we will achieve results much faster," Assad said.

Western and Gulf countries insist Assad must step down after presiding over more than four years of civil war.