"I think it is a very complicated operation technically and it needs a lot, a lot of money. Some estimated about a billion for the Syrian stockpile" Assad said. 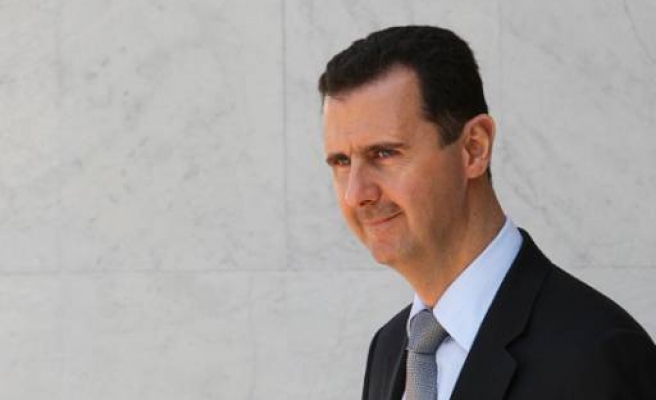 President Bashar al-Assad said on Wednesday it would cost about $1 billion to get rid of Syria's chemical weapons under a U.S.-Russian deal reached last week.

In an interview on the Fox News television channel, Assad said his government would dispose of its chemical weapons arsenal and it would take about a year, Assad said.

"I think it is a very complicated operation technically and it needs a lot, a lot of money. Some estimated about a billion for the Syrian stockpile," he said.

Asked whether he would be willing to hand over chemical weapons to the U.S. government, Assad said:

"As I said, it needs a lot of money. It needs about 1 billion. It is very detrimental to the environment. If theAmerican administration is ready to pay this money and take the responsibility of bringing toxic materials to the United States, why don't they do it?"

Assad denied that his forces were responsible for a chemical weapons attack in Ghouta, outsideDamascus, on Aug. 21 that brought the United States close to attacking Syria in response.

He said the Syrian army was advancing in the area at the time and had no need to fire rockets filled with the nerve agent sarin, as the United States says it did.

"The whole story doesn't even hold together. It's not realistic. So, no, we didn't. In one word, we didn't use any chemical weapons in Ghouta," he said, speaking English.

U.N. chemical investigators confirmed on Monday the use of sarin in the attack in a long-awaited report that the United States, Britain and France said proved government forces were responsible

Assad said it was too early to make a definitive comment on the U.N. report.

"We have to look at it. We have to discuss it before saying if we agree or disagree. It was only yesterday evening," he said.

Asked whether he had a message for President Barack Obama, Assad said: "Listen to your people. Follow the common sense of your people. That's enough," in an apparent reference to opinion polls that show Americans oppose any U.S. strike on Syria.

Former U.S. Representative Dennis Kucinich, a liberal Democrat and eight-term congressman fromOhio who is now a commentator for Fox News, took part in the interview on Tuesday in Damascus along with Fox senior correspondent Greg Palkot.

Kucinich has visited Assad twice before, most recently in June 2011, after the uprising against the Syrian president began. Syrian media quoted Kucinich as saying on that trip that Assad was "highly loved" by Syrians. The congressman said he had been misquoted.