'Economic issues can be settled immediately, when the situation stabilises in Syria, but rehabilitating the infrastructure will take a long time,' Syrian president says 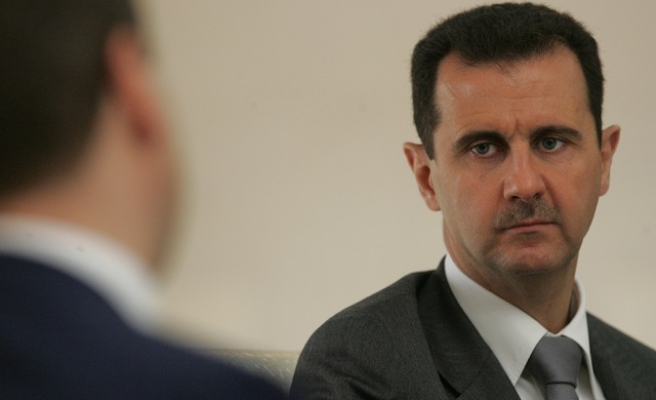 The brutal five-year conflict in Syria has cost the country over $200 billion (176 billion euros), President Bashar al-Assad said in an interview released Wednesday, insisting Damascus would look to Russia, China and Iran to rebuild the nation.

"Economic issues can be settled immediately, when the situation stabilises in Syria, but rehabilitating the infrastructure will take a long time," Assad said in comments translated into Russian.

The Syrian strongman said any future contracts to help rebuild the country would be handed out to companies from nations that had backed Damascus during the bloody conflict.

"Of course we expect that this process will be based on three main countries that supported Syria during this crisis -- Russia, China and Iran," Assad said.

Russia has deployed its military to Syria to back up troops loyal to longstanding ally Assad with a bombing campaign, and the Syrian leader said Moscow's forces would be needed in the country for some time to come.

"We need their presence as they are effective in the fight against terrorism even if the situation in terms of security in Syria is stabilising," Assad said, adding that Russia's bases were also required to maintain "balance in the world".

Moscow announced it was withdrawing part of its forces from Syria on March 14 after a ceasefire between Damascus and moderate opposition saw fighting drop.

Russia has, however, continued air strikes against ISIL and played a key role in helping Assad's forces reclaim the ancient city of Palmyra at the weekend.