A peace agreement between Syria and the present Israeli government is "hard to imagine", Syrian President Assad told a French envoy. 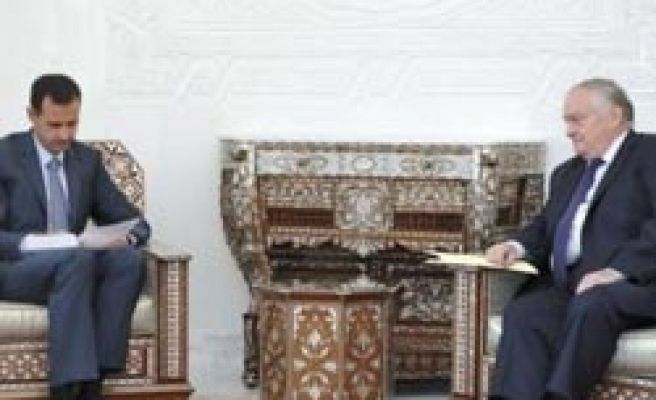 A peace agreement between Syria and the present Israeli government is "hard to imagine", Syrian President Bashar al Assad told a French envoy on Monday.

The official news agency quoted Assad as saying that Syria was hoping to see progress on an accord with Israel but that "Israeli policies make that hard to imagine".

He was speaking to Claude Cousseran, a French presidential envoy entrusted with trying to relaunch negotiations between the two sides.

Assad's told Cousseran that Turkey, Syria's northern neighbour with whom it has been strengthening ties, must play a role if peace talks between Syria and Israel were to resume.

Assad said any new talks must build on four rounds of indirect talks that were mediated by Turkey, breaking down during the Israeli offensive on Gaza in 2008.

In May, relations between Israel and Turkey worsened when Israeli soldiers killed nine Turks aboard an aid ship trying to break the Israeli blockade of Gaza.

"President Assad affirmed that Syria seeks a just and comprehensive peace and the importance of coordinating with Turkey in this regard," the agency said.

Syria regards France as a counterweight to the United States, a close Israeli ally that is also seeking to relaunch talks between Syria and Israel and is supervising renewed direct talks between Israel and the Palestinian Authority.

The Syrian government did not criticise the Palestinian-Israeli talks but said all Palestinian factions must be represented.

Syria says an Israeli commitment to withdraw from the whole of the Golan Heights, which Israel has occupied since 1967, was needed before talks with Israel could resume.