Local ceasefires in Syria may be the best way to ease the suffering of civilians in the absence of a political solution to the three-and-a-half year conflict, researchers from the London School of Economics said 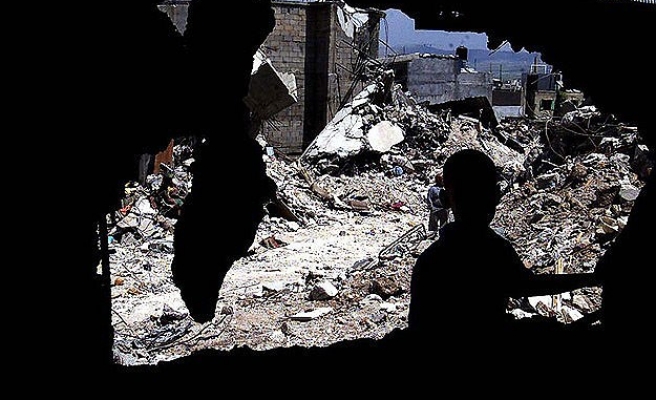 Syrian President Bashar al-Assad said on Monday that a proposal by an international peace mediator to implement local ceasefires starting in the northern city of Aleppo was "worth studying", state media said.

"(Assad) considered the de Mistura initiative worth studying and trying to work on in order to attain its aims to return security to the city of Aleppo," the state news agency said.

While two rounds of peace talks between the government and the political opposition this year failed to halt the war, local ceasefires have brought some relief.

Local ceasefires have also been mentioned by the United States and Russia.

A report by London School of Economics released on Monday said small-scale ceasefires may be the best way to ease the suffering of Syrian civilians, citing 35 local negotiations.

In a report that looked at more than 35 local negotiations across Syria since the start of the crisis, they said the international community should support such solutions, even if they have sometimes been problematic.

While two rounds of peace talks between the government and the political opposition this year failed to halt the war, local ceasefires have brought some relief.

"It is unacceptable to postpone international support for local peace initiatives until a top-level political deal is achieved," the authors of the report 'Hungry for Peace' said in a summary.

Some Western diplomats have raised concerns that local ceasefires could be problematic if government forces use them to gain military advantages, as in some cases in the past.

Syria's conflict has killed close to 200,000 people and more than 3 million refugees have fled the country, according to the United Nations.

The LSE report looked at ceasefire deals in Homs, the Damascus countryside, Ras al-Ayn in the north and the provision of services in Deraa and Aleppo.

It said local leaders should have a more prominent role in reaching local peace settlements because they can better understand and mobilise their constituents than the Syrian leadership in exile.

It said one of the main obstacles was regional influence and interference.

"Meetings often include actors directly supported by regional players such as Saudi Arabia, Qatar, Turkey and Iran, and in some cases Iranian officers were present in these meetings."

It also said warring parties may also want the violence to continue because they are able to profit from it economically.

"This war economy ...is beginning to take strong hold over the conflict at many levels, further undermining the chances of peace," the report said.