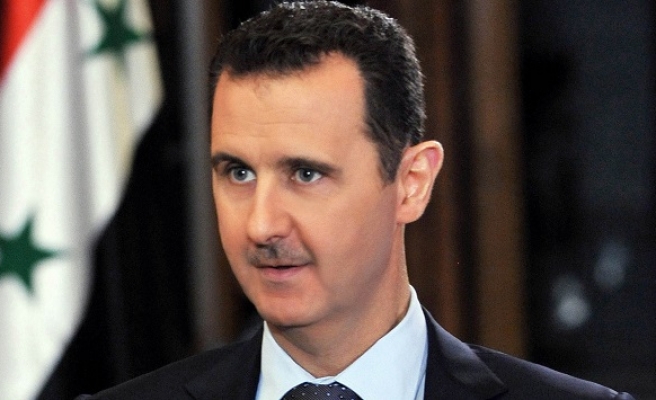 Syria's President Bashar al-Assad poured cold water Monday on an internationally backed plan for a ceasefire to begin later this week, saying it would be "difficult" to implement.

His comments were the first from the embattled leader on the plan put forward by world leaders in Munich last Friday for a so-called "cessation of hostilities" to begin within a week.

"They are saying they want a ceasefire in a week. Who is capable of gathering all the conditions and requirements in a week? No one," Assad said in televised remarks in Damascus.

"Who will talk to the terrorists? If a terrorist group refuses the ceasefire, who will hold them to account? Practically, talking (about a ceasefire) is difficult," he said, according to a transcript of his comments published by state news agency SANA.

World powers last week put called for immediate humanitarian access throughout Syria and a ceasefire to begin within a week, which would not include Al-Qaeda affiliate Al-Nusra Front or the ISIL group.

But the details of just how the plan would be implemented remain to be worked out, with a UN panel co-chaired by the US and Russia tasked with the job.

Assad said a ceasefire could not mean "that everyone stops using their weapons."

"This is the narrow sense," he said.

The international plan is intended to bolster the chances for new peace talks, which began at the end of January but collapsed before getting off the ground amid mutual suspicion and opposition calls for the implementation of UN resolutions on protection of civilians and the lifting of sieges.

As the talks opened, the regime launched a major operation in northern Aleppo province, backed by Russian forces, drawing the ire of the opposition and its backers including Turkey and Saudi Arabia.

The two countries have talked recently about the possibility of dispatching ground forces into Syria to fight ISIL, and Assad warned that any such intervention into his country would have "global, not just local, repercussions".

The UN's Syria envoy Staffan de Mistura arrived in Damascus late Monday on a surprise visit to discuss the ceasefire plan and efforts to renew peace talks later this month.

He is due to meet Syria's Foreign Minister Walid Muallem for talks on Tuesday, a government source told AFP.