Assad 'should be executed' for chemical weapons: FSA commander 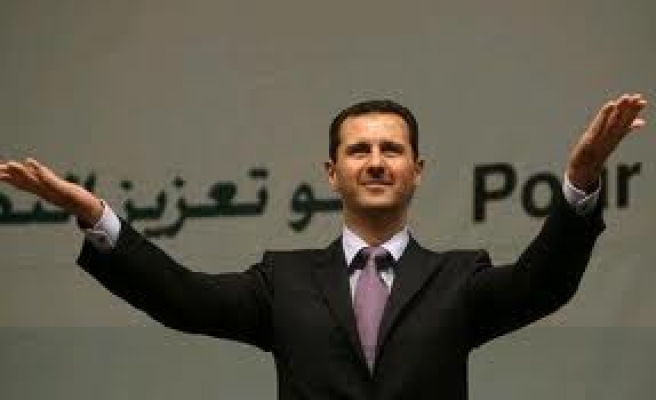 A commander of the opposition Free Syrian Army (FSA) on Wednesday said that President Bashar al-Assad should be executed for high treason for placing the country's chemical weapons stockpiles under international supervision.

On Monday, Damascus accepted a Russian proposal to place its arsenal of chemical weapons under international supervision in hopes of averting an anticipated US military strike.

But the move angered Colonel Qassem Saad al-Din, a senior commander in the Syria Liberation Front and member of the FSA's general command, who accused al-Assad of breaking the country's military laws – a violation, he stressed, that is punishable by death.

Syria's chemical weapons, he asserted, are "the property of the Syrian people, who paid the costs of their production."

The FSA, he said, "has called for halting the use [of chemical weapons] against civilians, not for handing them over to the enemy."

Saad al-Din failed to specify, however, who was meant by "the enemy."

On Tuesday, several Syrian opposition leaders told AA that the anticipated US military strike on the country was meant to strip Damascus of its chemical weapons for Israel's benefit.

Washington and its allies are reportedly planning a military strike against Damascus over an alleged chemical attack in Syria's Ghouta region, which killed more than 1,600 civilians, including women and children.

The Arab League, along with Syria's anti-Assad opposition, blamed the attack on Syrian regime forces – a claim Damascus vehemently denies.