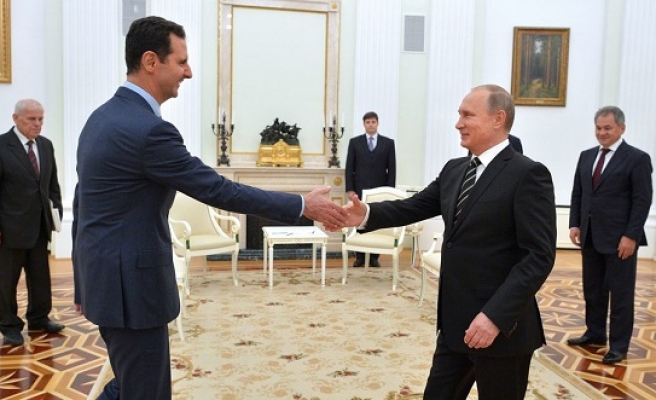 Syrian President Bashar al-Assad has assured Russian counterpart Vladimir Putin of his government's readiness to respect a ceasefire deal brokered by Moscow and Washington, the Kremlin said on Wednesday.

The Kremlin said the two leaders  discussed the deal in a phone call and that Assad noted that the proposals laid out in the agreement were an "important step in the direction of a political settlement."

"In particular, (Assad) confirmed the readiness of the Syrian government to facilitate the establishment of a ceasefire," it said in a statement

The ceasefire agreement, which does not apply to the ISIL group and Al-Nusra Front, calls for a "cessation of hostilities" between regime forces and opposition groups from midnight Friday Damascus time (2200 GMT).

Putin and Assad "stressed the importance of continuing an uncompromising fight" against the ISIL group, Al-Nusra Front and "other terrorist groups included in the relevant UN Security Council list," the Kremlin said.

Putin, whose air force is flying a bombing campaign to support Assad's troops on the ground, on Monday pledged to do "whatever is necessary" to get Damascus to uphold the deal after sealing the agreement with U.S. President Barack Obama.