Informing AA about the latest developments of Syrian Turkmen groups who fight against Al-Assad forces, Ali Besir assessed the current situation in Syria. 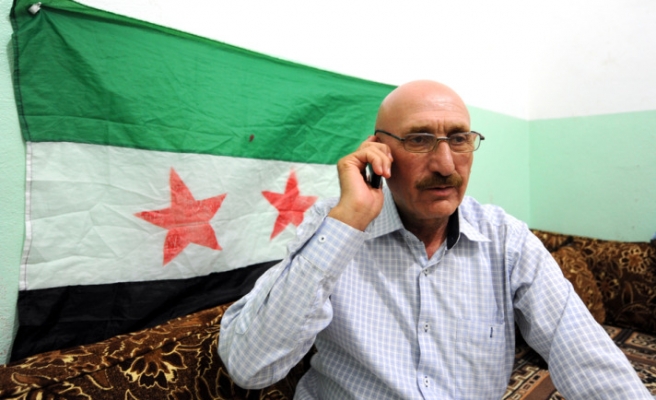 Ali Besir, the coordinator of two Syrian Turkmen opponent groups named "Sultan Abdulhamid" and "Fatih the Conqueror", has said, "If all the Syrian Turkmens come together, we can have an armed force of 20-25 thousand people."

Informing AA about the latest developments of Syrian Turkmen groups who fight against Al-Assad forces, Ali Besir assessed the current situation in Syria.

Besir stated that 15 months ago Syrian Turkmens started to move against the regime. There are 5 Turkmen neighbourhoods in Aleppo and Syrian Turkmen opponent groups have the control of these zones, he added. Besir said, "Turkmens want to have freedom, so they joined this war. The first uprising in Aleppo 15 months ago was carried out with 17 Turkmens."

Ali Besir noted that he coordinates two Syrian Turkmen opponent groups named "Sultan Abdulhamid" and "Fatih the Conqueror" and claimed, "From Azaz to the city centre of Aleppo is under our supervision at the moment."

He highlighted that they had limited weapons and added that majority of their guns were taken from police stations during raids. "We have 100 guns at the moment, our fighters use them in turns. We have 350 fighters and today 1500 of others put their names down to join us, they say 'We came for jihad, give us arms' however as we do not have enough guns, we cannot take them in."

He underlined that if they are provided with enough arms, number of their fighters will rise up to 3 thousand in Aleppo and if all the Syrian Turkmen opponents against Al-Assad's regime get united, then their number will reach 25 thousand people.

Besir explained that they are positive over the idea of a buffer zone and said, "We would like to have a buffer zone. It may be set up in north of Syria and Turkey or NATO should decide where to set up the buffer zone cause the current regime and Al-Assad's forces attack us with missiles and war planes."

Replying to a question about disputes between Syrian Democratic Union Party (PYD) and Syrian Turkmen groups, Besir said, "We would like to live in peace with all other ethnic groups. We never had any problems with any groups. We work in cooperation with Free Syrian Army (FSA). We have a separate command post however all groups help each other."

Besir said that they would like to have a democratic governance in Syria and he underlined that they cannot wait to have the same rights as the rest of the ethnic groups.

Besir pointed that for Syrian army's regaining control of Aleppo seems unlikely and stated that the two groups under his management already control their areas. "Al-Assad's forces are not able to move around in Aleppo. FSA has the control of 65 percent of Aleppo. They can only attack via jets, missiles and artilleries. They stay away from having close-range conflicts."

Besir said that he wanted to thank Turkish government for helping wounded ones and opening its doors for Syrians. "Some charities from Turkey send us humanitarian aid. We need more help and support," he pointed.