Astana meeting on Syria to be held on Oct. 30 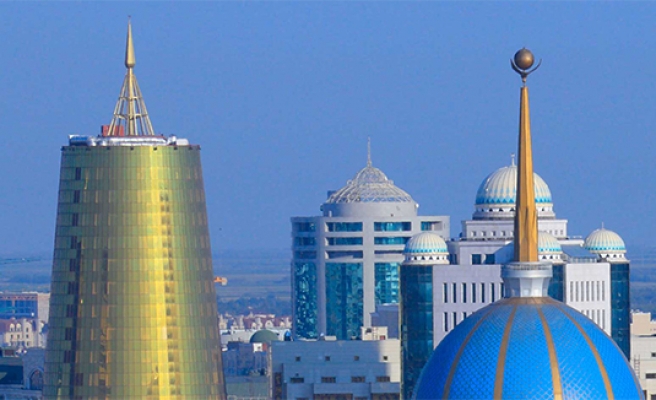 The seventh round of Astana talks on Syria will be held on Oct. 30-31, Kazakhstan's Foreign Ministry has announced Thursday.

During the talks, several issues will be discussed including regulations on the release of hostages, prisoners, the transfer of bodies of the dead and the search for missing persons, the ministry said in a statement.

At a meeting in Kazakh capital Astana on May 4, the guarantor countries -- Russia, Turkey, and Iran -- signed a deal to establish de-escalation zones in Syria to ensure the continuation of a cease-fire deal reached last December.

The de-escalation zones were created to enhance the effectiveness of the cease-fire, end conflicts, bring humanitarian aid to those in need, and establish necessary conditions for the return of those displaced.

The three guarantor states, as well as representatives of the Damascus-based Assad regime and some opposition factions, met in Astana in September for a sixth round of talks aimed at ending the six-year conflict.