Shots were heard at Turkish Embassy in Tel Aviv as a man, who was said to be an asylum seeker, attempted to take hostage a Turkish citizen. 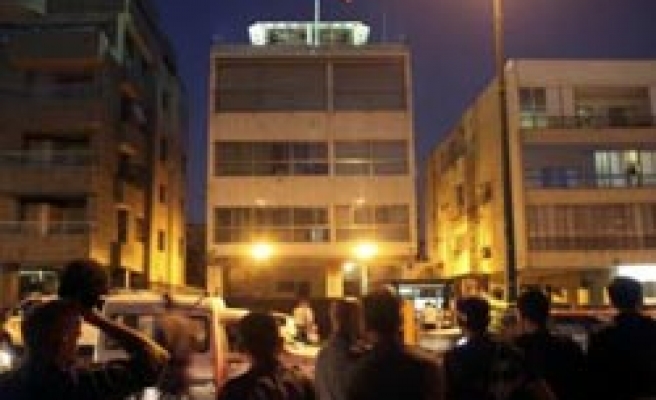 A Palestinian man, reported to be an asylum seeker, was shot and wounded by Turkish embassy security guards on Tuesday after breaking into the mission in Tel Aviv and taking hostages.

The assailant, named as Nadim Injas, was captured after the breaking into the embassy and was handed to Israeli authorities.

Turkish Foreign Minister Ahmet Davutoglu, who is currently visiting the southeastern province of Kilis, replied to questions of reporters on the incident and said, "everything is under control in the embassy. All staff are safe. The man who broke into the embassy demanded asylum. He is under custody and in good health. An investigation is under way."

The assailant, reported to be a Palestinian, came to the embassy building and tried to take hostage a member of the embassy staff, Turkish diplomats at the embassy told the Anadolu Agency.

The man was subdued and Turkish diplomats questioned him for more than four hours before he limped out of the embassy handcuffed and accompanied by Turkish embassy staff members, an Israeli policeman and a paramedic.

"The man was carrying a knife, a fuel can and a gun, which was later understood to be a toy," Turkish Foreign Ministry told a statement Tuesday.

"He climbed to the first floor, broke the window and entered the building," it said.

"The man was captured by embassy guards as he was raving that he was seeking asylum and attempted to take hostage our Vice Consul," it added.

The ministry said all embassy staff were in good health.

An Israeli Foreign Ministry official said the man had been released from an Israeli jail two weeks ago after completing a four-year sentence for breaking into the British embassy in 2006 to demand asylum.

Israeli media said the Palestinian man had claimed he was wanted by the Palestinian Authority because he worked as an informant for Israel's internal Shin Bet security agency.

The attack comes at a time of strained ties between Israel and Turkey, which recalled its ambassador after Israeli troops killed nine Turkish humanitarian activists on board an aid ship bound for Gaza in May.