At Arab meeting, Abbas publicly lashes out at Hamas

Before turning the session into a closed-door one, Abbas described Hamas' takeover of the Gaza Strip as a "coup" 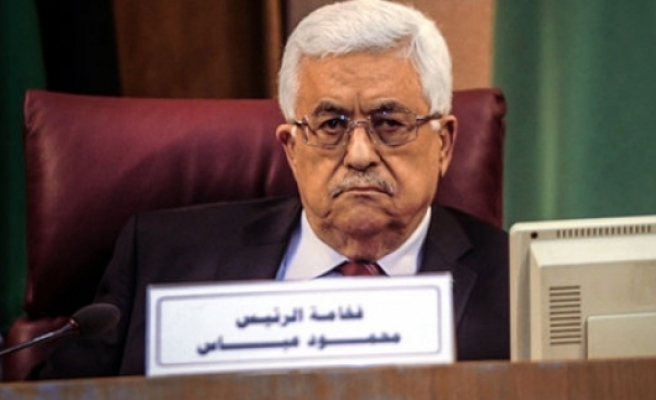 Arab foreign ministers, convening in Cairo on Sunday, had to hold their meeting behind closed doors, minutes after Palestinian Authority President Mahmoud Abbas launched a tirade of criticism against Palestinian faction Hamas.

The media was initially allowed to cover the Arab foreign ministers' meeting, which is being held at the headquarters of the Arab League in Cairo, before Mauritanian Foreign Minister Ahmad Ould Tekdi, whose country chairs the current session of the meeting, had to ask the media to leave the hall after Abbas openly criticized Hamas.

Before turning the session into a closed-door one, Abbas described Hamas' takeover of the Gaza Strip as a "coup," noting that the Palestinian Authority had tried to make reconciliation with the Palestinian faction more than one time before.

Shortly later, however, an Arab League official had placed a piece of paper in front of the Palestinian leader, who, in turn, asked: "How can I ask them for a close [meeting]?" Abbas asked the man. "If you wish," the man replied to Abbas.

The man had then headed to Tekdi, who asked the media and international observers attending the meeting to leave.

Relations soured between Hamas and Abbas, who heads rival Fatah movement, over the past few days although the two movements formed a unity government in June that was the product of a reconciliation deal signed earlier between the two factions.

Abbas told Egyptian reporters in Cairo late on Saturday that there should be one government in all Palestinian territories.

"We will not accept for the situation with Hamas to continue as is," Abbas said.

He accused Hamas of forming a shadow government that manages the affairs of the Gaza Strip, charging that the recently-formed national unity government does not have any authority inside the coastal territory.

Hamas had, meanwhile, called on Abbas to stop addressing it through the media and start opening the door for dialogue and understanding.

The faction also accuses Abbas's movement members of tarnishing its image and demonizing it in the West Bank, especially after what Hamas describes as its "victory" over Israel during the last showdown in Gaza.

Hamas and Fatah signed a reconciliation deal in April, bringing a division that persisted since 2007 to an end. The agreement opened the door for the formation of a national unity government two months later.