The defendants were convicted of rioting and vandalizing government buildings during a clash with security forces. 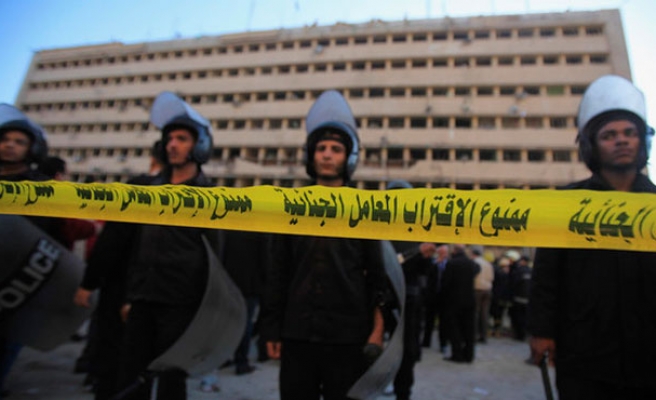 World Bulletin / News Desk
Egyptian authorities on Thursday said that 301 people of those arrested over the past 18 months remained in custody for violating a law restricting street protests.

According to Interior Ministry spokesman Hani Abdel-Latif, out of 2,703 people arrested for illegal demonstration since June 30 of 2013, 2,402 had since been acquitted or released due to insufficient evidence.

"Egypt does not use any extraordinary measures in its war on terrorism," Abdel-Latif was quoted as saying by Egypt's official news agency.

Abdel-Latif's statement came one day after a court sentenced prominent activist Ahmed Douma, who is in custody, along with 229 co-defendants in absentia, to life in prison.

The defendants were convicted of rioting and vandalizing government buildings in late 2011 during clashes with security forces – in which at least 15 protesters were killed – outside Egyptian cabinet headquarters in Cairo.

The court also sentenced 39 minors, all in absentia, to ten years in prison each.

Since the military ousted elected President Mohamed Morsi in mid-2013, the Interior Ministry has rarely provided the number of those held in custody.

The ministry insists that all those currently in detention are being held on criminal charges and that there are no "political" prisoners.

However, a recent report by the Egyptian Center for Economic and Social Rights, a local NGO, said that more than 41,000 Egyptians had been subject to prosecution since Morsi's ouster.

The law also allows security forces to use force to disperse unauthorized demonstrations.

According to the law, violators can either be fined or imprisoned – penalties that have drawn the ire of many Egyptian politicians and activists who say the legislation curbs freedoms and gives police free rein to bar popular expressions of dissent.