African Union delegation arrived in Cairo to reassess the situation in the country. 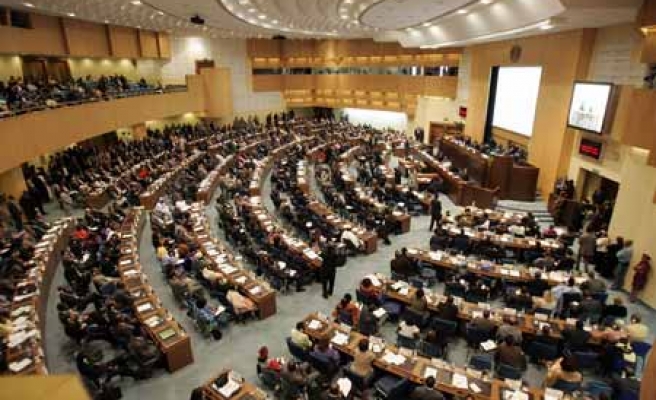 An African Union delegation arrived in Cairo on Sunday to reassess the situation in the country, after a decision by the AU Peace and Security Council to freeze Egypt's membership following the ouster of elected President Mohamed Morsi.

The nine-member high-level delegation is led by Alpha Oumar Konaré, the former president of Mali and former chairperson of the African Union Commission.

They are expected to meet interim Foreign Minister Nabil Fahmy later in the day, diplomatic sources told the Anadolu Agency.

The delegation, which is expected to stay in Egypt for several days, is also expected to meet interim President Adly Mansour, though it was not clear when.

The AU has suspended Egypt’s membership following the army's removal of Morsi, the country's first democratically elected president, on July 3.

The AU decision is an automatic measure taken by the body following any military interruption of constitutional rule in a member state.

Egypt has sent high-level envoys to African countries to explain the latest developments in the country and demand revoking the decision.

Since then, thousands of Morsi loyalists have been staging daily demonstrations and sit-ins to defend his democratic legitimacy and demand his reinstatement.