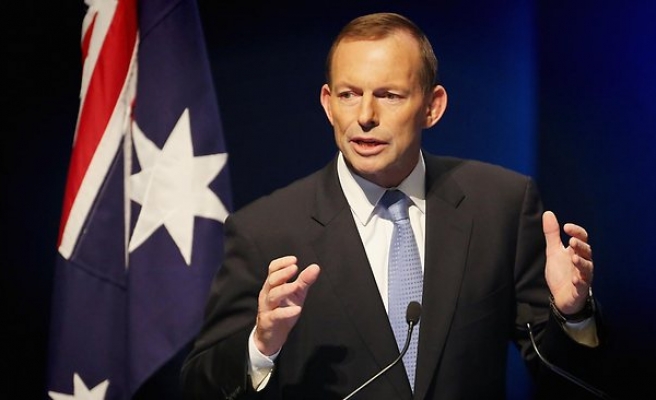 Australian Prime Minister Tony Abbott was slammed by Jewish groups Thursday after saying that ISIL fighters in Iraq and Syria were worse than Nazis as they "boast about their evil".

The Australian leader, who is considering extending Australia's air campaign against ISIL in Iraq into Syria following a request by the United States, made the comments after describing the group's actions as "unspeakable evil" and "medieval barbarity".

"I mean, the Nazis did terrible evil but they had sufficient sense of shame to try to hide it. These people boast about their evil," Abbott told Sydney commercial radio station 2GB.

"This is the extraordinary thing -- they act in the way that medieval barbarians acted – only they broadcast it to the world with an effrontery which is hard to credit and it just adds a further dimension to this evil."

His comments were criticised by the head of the Executive Council of Australian Jewry Robert Goot as "injudicious and unfortunate".

Goot said in a statement that ISIL's crimes were horrific but "cannot be compared to the systematic round-up of millions of people and their dispatch to purpose built death camps for mass murder".

"Acts of terrorism are necessarily done in the full glare of publicity for their propaganda effect," he added.

"In contrast, those responsible for ordering and implementing systematic state-sponsored genocide are high government officials who often operate in secret not out of any sense of shame, but to avoid being held criminally responsible for their actions."

Abbott defended his remarks at a Melbourne press conference later and said he was "not in the business of trying to rank evil".

"But I do make this point, that unlike previous evil-doers, whether we're talking about Stalin, Hitler or whoever that tried to cover up their evil, this wretched death cult boasts about it," he said.

"Every day we see new atrocities broadcast to the world, atrocities of an unspeakable inhumanity.

"And that's why it's absolutely vital that the decent people of the world unite against this death cult and do everything we reasonably can, as quickly as we can to disrupt, degrade and ultimately destroy (the group)."

The government estimates that some 120 of its nationals are still fighting with ISIL in Iraq and Syria, while at least 30 have been killed. Another 160 sympathisers are believed to be supporting ISIL from home.