New York-based Human Rights Watch said the Israeli military's assertion that its forces had not fired live ammunition does not stand up to scrutiny. 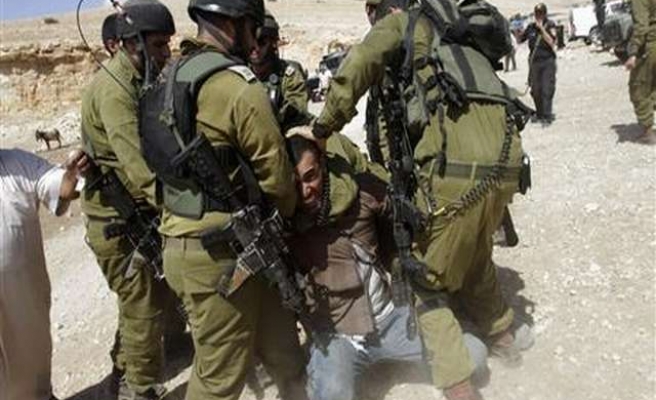 The Palestinian attorney-general said on Thursday an autopsy has found that a live bullet killed a Palestinian teenager in an incident that a human rights group has termed a possible Israeli war crime.

"A fragment from a live bullet was found inside the body of the martyr," Abdel-Ghani Al-A'wewy told Reuters after the autopsy on Wednesday of Nadim Nuwara, 17.

Palestinian medics have said that Nuwara and Muhammad Abu Thahr, 16, were shot dead by Israeli troops using live ammunition on May 15 as they took part in an anti-Israel demonstration in the occupied West Bank.

The Israeli military said its forces fired only rubber-coated bullets that day, and that an investigation of the deaths was still under way.

Video from security cameras on Palestinian properties close to the scene of last month's protest showed the two teenagers falling to the ground in separate incidents, apparently shot despite posing no immediate threat to Israeli forces.

U.S., Danish and Israeli pathologists were present at the autopsy, which was requested by Nuwara's family and performed in the Palestinian Institute of Forensic Medicine in the West Bank town of Abu Dis, a Palestinian medical official said.

Publication of the official report of the autopsy was still pending, but A'wewy said the pathologists found that live gunfire "was the only reason for the death".

An Israeli military spokeswoman had no immediate comment on A'wewy's remarks.

New York-based Human Rights Watch, in a report published on Monday and entitled "Killing of Children Apparent War Crime", said the Israeli military's assertion that its forces had not fired live ammunition does not stand up to scrutiny.

The demonstration that Thahr and Nuwara attended was at times violent, with Palestinian youths hurling stones at the Israeli forces. But the security cameras suggested there was no stone throwing going on when the two teenagers were shot.

Israeli Defence Minister Moshe Yaalon has suggested the surveillance video might have been doctored. The human rights groups that distributed the material denied that.